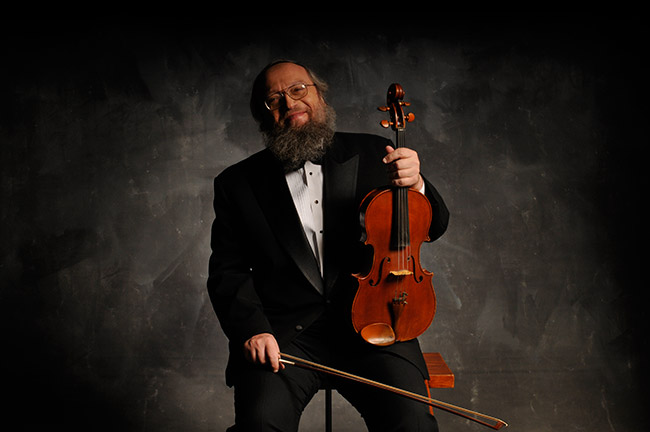 John Kochanowski was born in South Bend, Indiana. He attended the Interlochen Arts Academy and the Juilliard School where his principal teachers were Walter Trampler and Robert Mann. He also studied at the Acadamia Musicale Chigiana in Siena, Italy, with Bruno Giuranna.

From 1971 to 1987, he was the violist and founding member of the Concord String Quartet, which performed more than 1,000 concerts on major chamber music series in the U.S. and Europe. In 1972 the quartet was awarded the Walter W. Naumburg Chamber Music Award.Â  The Concords presented the complete quartets of Beethoven thirty-two times and the complete quartets of Bartok fourteen times. The quartet premiered more than sixty Â Â works, many on commission from such composers as Bolcom, Diamond, Druckman, Foss, Henze, Johnston, Penderecki, and Rochberg. They recorded more than 40 works on RCA-Red Seal, Nonesuch, Vox, Turnabout, and the CRI labels. The Concord Quartet was in residence at Dartmouth College from 1973 to 1987. Kochanowski joined the Blair String Quartet in 1987.

In addition to being the coordinator of chamber music at the Blair School and his concerts with the quartet, he has also given solo recitals, concerto appearances, and has been a guest artist with the Brentano, Cassatt, and Chiara Quartets. He has adjudicated competitions including the Fischoff Chamber Music and Naumburg Viola competitions. Â Since 2005 he has been a quartet instructor in Charles Castlemanâs summer festival, The Quartet Program.