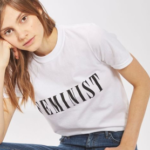 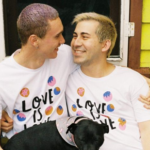 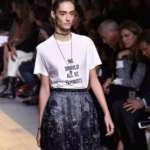 Statement words used on mass produced clothing give a new meaning to fashion. From wearing any one of these shirts, one can clearly express an idea or movement he or she believes in.

Clothes have been used historically to show support for a cause as well as to protest an injustice. However, the trend of politically dressing has really escalated beginning in the mid 2010’s. High profile events such as award shows, red carpet events, or large marches provide lots of exposure for these political fashion statements. Below, Hollywood celebrities take the stage wearing all black to support the Time’s Up movement and raise awareness for sexual harassment in the workplace. 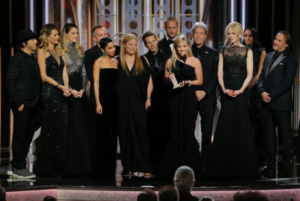