SLACs and You: Teaching at a Liberal Arts College

Join us for a practical workshop on job market/hiring issues for PhD students! Dr. Lee M. Jefferson, Vanderbilt PhD alum (Religion), will speak to students as a professional who has served on and chaired multiple hiring committees on how to position one’s self in the current job climate in academia. He will also discuss the secondary market and temporary positions. 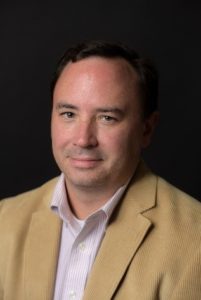 Lee M. Jefferson is the Nelson D. and Mary McDowell Rodes Associate Professor of Religion at Centre College.  He earned his M.A. and Ph.D. in religion from Vanderbilt University. He has authored Christ the Miracle Worker in Early Christian Art (Fortress Press, 2014), and co-authored and edited The Art of Empire: Christian Art in Its Imperial Context (Fortress Press, 2015), and contributed chapters to recent volumes such as The Routledge Handbook of Early Christian Art (Routledge, 2018). He earned his M.A. and Ph.D. in religion from Vanderbilt University. Jefferson has researched and written on his excavations at Khirbet Qana in Israel, his travels and courses on the pilgrimage route to Santiago de Compostela in Spain, and his research on church art in Rome featuring Jesus performing miracles.  His current book project focuses on the doors of Santa Sabina, Rome, and a particular panel featuring Peter and Paul.