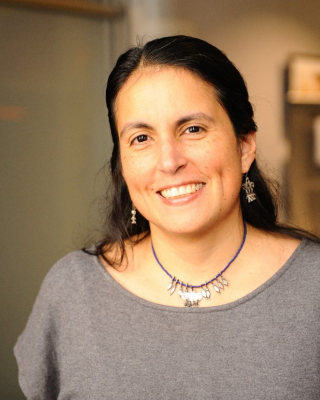 is a filmmaker, curator, and scholar specializing in indigenous film. She is the Latino Curator for Digital and Emerging Media at the Smithsonian Institution’s Center for Folklife and Cultural Heritage.  For over a decade, she was a Latin American program specialist for the Film + Video Center of the Smithsonian Institution’s National Museum of the American Indian in New York City. She has served as Assistant Director of New York University’s Center for Latin American and Caribbean Studies and teaches at NYU’s Gallatin School of Individualized Study. She has juried at indigenous film festivals, has co-directed three documentary shorts, and co-produces Urban Indians, a web-series. Her publications include essays in New Documentaries in Latin America (2014), Film Festival Yearbook 4: Film Festivals and Activism (2012) and Global Indigenous Media (2008). She holds a Ph.D. in Cinema Studies and an M.A. in Performance Studies from NYU. She is from Santiago, Chile. 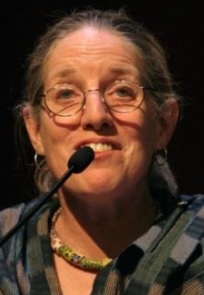 Elizabeth Weatherford is the founder and former director of the Film and Video Center of the Smithsonian National Museum of the American Indian and of its Native American Film + Video Festival (which was produced in New York City from 1979-2011).  In 2000 she launched an innovative bilingual website, Native Networks/Redes Indigenas, for which she was the executive editor.  Materials developed include a catalog of nearly 800 productions screened at NMAI, profiles of filmmakers and actors, articles about indigenous media, and a guide to indigenous media organizations and film festivals.  Many of these features are now available at nmai.si.edu/explore/film-media.  Her new organization, Indigenous Media Initiatives, provides support services for film and media productions, archives, and programming.  Among her major interests are works by indigenous women and works in Native languages.  She is part of the team that has developed an international partnership for promoting indigenous film at the European Film Marketplace of the Berlin International Film Festival.  She is on the board of the PBS affiliate Vision Maker Media, and is an active member of the Association of Tribal Archives, Libraries and Museums (ATALM). Ms. Weatherford is currently writing about the practice and impact of indigenous film and film festivals on community members and non-indigenous audiences.

Pykatire Kayapó is a Kayapó musician, living in Pará, Brazil, and a pioneer in Kayapó engagement with digital and social media. He writes and performs in both Kayapó and Portuguese. Here is a recent interview, as well as one of his early Youtube videos, and one of his early interviews.

Jennifer Aguilera Silva (a.k.a. Jaas Newen) was brought up (in a commune south of Santiago, Chile) outside her Mapuche heritage, then widely considered in large cities as a setback and source of shame. Despite this, she combined her interest in her native heritage and hip-hop to produce the song Newen (among others). Jennifer Aguilera (a.k.a. Jaas Newen) taught herself Mapuzungún (the Mapuche language) in part by listening to local bilingual radio programs. She also collaborated closely with Mapuche community leaders to ultimately produce the music video for Newen, with its themes of “invocation, life-force, origin, oppression, struggle, and resistance, (published on her Youtube channel). Newen was presented by the Smithsonian National Museum of the American Indian (NMAI) for screening at the 2006 Smithsonian Institution’s Native American Film + Video Festival (NAFVF), where it was subtitled for Anglophone audiences, international film festivals, programmers, and scholars alike. Newen has screened in Brazil, Canada, Mexico, Spain, and Chile (though only after screening in New York). (Gleaned from Newen/Calling on the Power of the Land, Córdova, Forthcoming, Vanderbilt University Press)

Balam Ajpu. Tzutu Kan, Dr. Nativo, and M.C.H.E. are a Mayan hip hop group whose latest album Tributo a los 20 Nawales [Tribute to the 20 Nahuales] showcases a contemporary cosmovision in their characteristic style. Their performances incorporate continuity with traditional face paint, indigenous clothing, and instruments. Balam Ajpu also often collaborates in public art pieces such as murals and performances in public urban spaces. Here is an interview including a “rapid-fire education on their rich and ancient philosophy.”