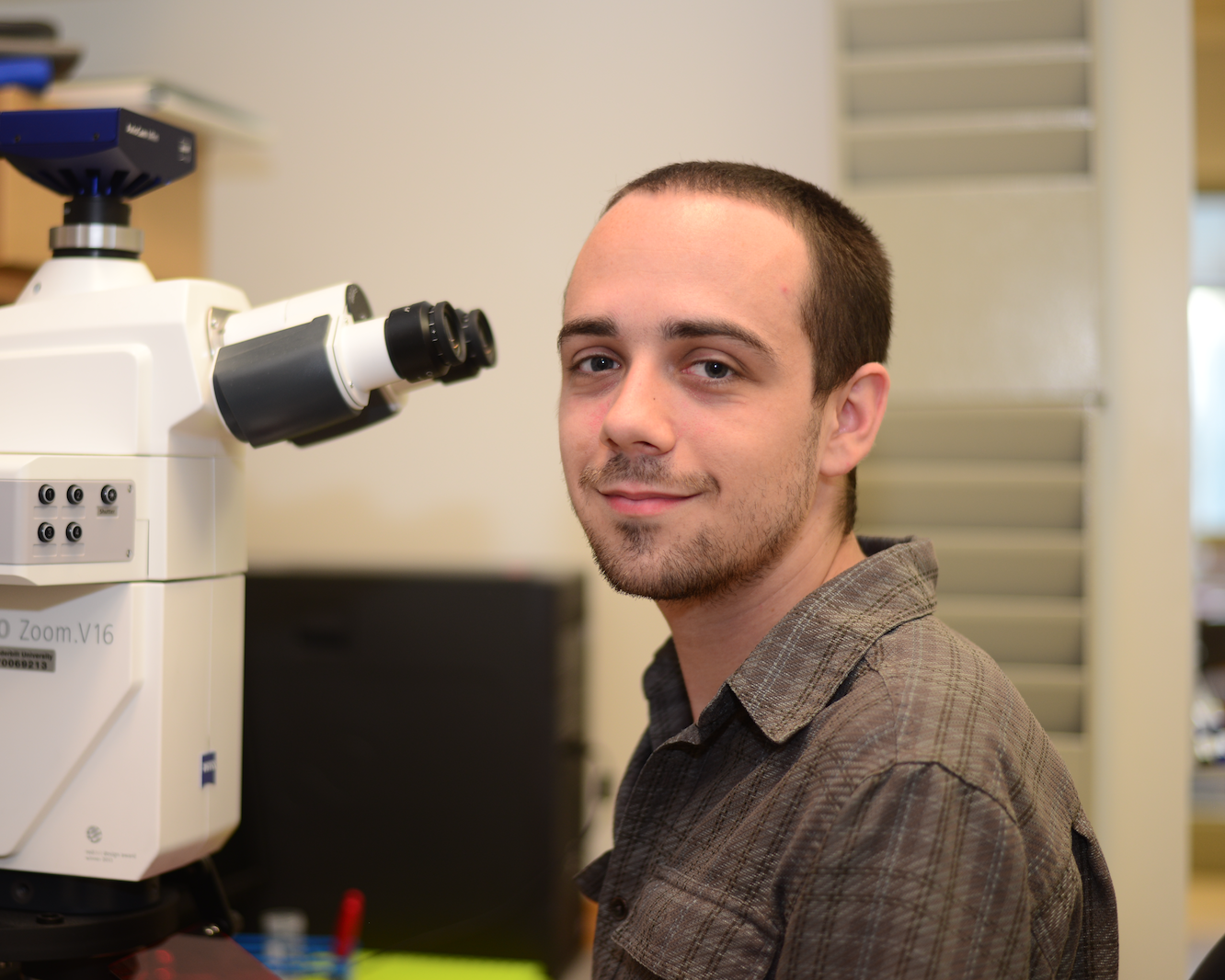 Ben Saunders grew up in Nashville Tennessee. He went to a small liberal arts college in Arkansas called, Harding University. While he was there, he was apart of the Goy lab, which investigates anoxia tolerance in C. elegans. He also was a lab assistant in a microbiology teaching lab for three years while attending Harding University. Ben then started working in the Patel lab as a research assistant in the winter of 2016. His interests in the Patel lab deal with cellular metabolism and disorders that are caused by disruption of metabolic pathways. When not in the lab, Ben enjoys hiking camping, and backpacking or just spending time with friends playing games.