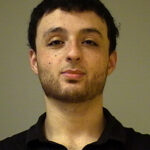 Sebastian Ramirez is the 2020-2021 American Studies Graduate Student Fellow from the Department of Philosophy. He will be giving a public lecture on Friday, April 23 at 12:30 PM entitled “Racism’s Revenge: Towards A Du Boisian Theory of Racist Ideology.”

Scholars and activists often conceptualize racism as a set of affects, attitudes, beliefs, practices, and/or institutions that directly or indirectly benefit white people and harm people of color by virtue of ascribed racial identities. On this approach, white people should oppose racism because it is morally wrong. Unfortunately, moral suasion alone rarely moves human beings. We often persist in our actions until we are given strong practical reasons to consider and enact viable alternatives.

My current research explores the practical reasons white people have for opposing racism. Drawing on W.E.B. Du Bois, I construct a conceptual framework that accents the social, cultural, political, and economic disadvantages that white racism has indirectly caused most white people. In so doing, I show how and why disadvantaged white people have strong practical reasons to oppose racism, white privilege notwithstanding. I believe that this framework can potentially guide a much-needed strategy for addressing enduring white supremacy in this country.

Two related research moments stand out for me. The first was when I discovered a 1946 letter from Justice Charles E. Toney of the New York City Municipal Court to W.E.B. Du Bois. Justice Toney encouraged Du Bois to write on the moral, social, economic, and cultural losses suffered by “the American white man…by the mistreatment of the Negroes.” Du Bois’s response, in which he acknowledged the importance of such work but declined to undertake the project, citing internal difficulties at the NAACP, inspired me to revisit his work with an eye to the resources he did have for addressing this question.

The second moment was when I listened to a 2018 discussion with labor historian David Roediger and heard him pose the question “How do we talk about the fact that whiteness is a misery-producing machine for people of color, but likewise encourages people to accept miserable lives on the other side of the color line?” This confirmed for me the fact that scholars across the disciplines still lack a systematic framework for addressing this issue and thus reinforced my desire to pursue the question.

What was your first job, and what lessons did you learn from it?

I washed dishes at a Japanese steakhouse in Horseheads, NY. I learned about the value of service work and the exploitative nature of the service industry, which subsidizes waiter/waitress income through tips.

Sebastian Ramirez is a PhD candidate in the Department of Philosophy. After teaching English in China for three years, Sebastian moved to Nashville to study social and political philosophy, critical theory, and philosophy of race. His dissertation draws on W.E.B. Du Bois to explore the self-destructive character of white supremacy in the United States. Sebastian is also interested in the topics of abolitionism, democracy, and racial capitalism. Beyond academia, he enjoys hiking, wandering, and listening to music.