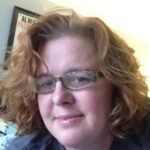 As I write this, our neighbors in Humphrey County are grieving and just beginning to rebuild after horrific flash floods, while our friends along the Gulf Coast still lack power and face tremendous damage after Hurricane Ida. It feels as if half the country is either under water or on fire, and the effect on we as individuals can feel overwhelming and hopeless. We see that climate change is upon us, but what can we do? 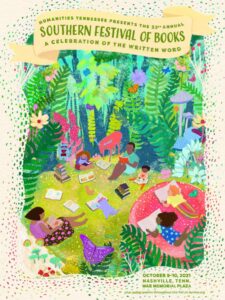 As citizens and public humanists, we can educate ourselves, and we can remind ourselves of the wonders of our planet that are visible in everything that blooms, flies, or walks. This year, we at Humanities Tennessee are especially pleased to partner with the Robert Penn Warren Center for the Humanities on a track of sessions at the Southern Festival of Books called “Environments.” Through a series of online sessions, we will talk about climate change with scholars, scientists, and novelists whose work helps us to understand what is happening and to imagine a different way forward. Some highlights:

These authors and others will share their knowledge, their experiences, and their thoughts with Festival audiences about where we go next. As with all Festival sessions, the audience is a key component, as the interaction and engagement in the humanities between writer and reader is the core of the event.

In addition to the environments track, we are exploring vital conversations around equity with a series of sessions around the theme “A More Perfect Union.” Participants in these sessions include authors Kristin Kotes du Mez (Jesus and John Wayne) Brian Broome (Punch Me Up the Gods: A Memoir) and National Ambassador of Young People’s Literature Jason Reynolds (Look Both Ways: A Tale Told in Ten Blocks).

As last year, the Festival will take place entirely online due to worsening public health conditions related to the Covid virus. While we deeply regret that we are unable to gather in person as we had hoped to do, we are grateful from the lesson of 2020 that online sessions can be deeply meaningful and rewarding, and that they have the benefit of being available to much larger audiences than the in-person event. The full schedule of events is posted at www.humtn.org. We will be streaming sessions live on Facebook and Youtube. We look forward to the conversations.

Serenity Gerbman has served as Director of Literature and Language Programs at Humanities Tennessee since 2001. She has been a judge for the National Endowment for the Arts Big Reads program, and is a past board member and Athena Award nominee for the Women’s National Book Association. She lives with her daughter in Murfreesboro.