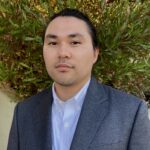 Eric O. A. MacPhail is the 2021-2022 George J. Graham Jr. Fellow from the Philosophy Department. His research specializes in social and political philosophy, the philosophy of race, and 19th and 20th century continental philosophy.

Scholars are turning more and more toward theories of racist ideology to help develop their explanations of how systematic racial injustice is socially reproduced, and Marxist conceptions of ideology provide much of the theoretical inspiration for this approach. However, this return to Marx is not without reservations over his and his adherents’ alleged economic determinism, teleological understanding of history, and reduction of race relations to class relations. Therefore, theories of racist ideology building from the Marxist tradition are faced with the question of how best to interpret the theory of historical materialism so that it avoids these methodological pitfalls.

My dissertation argues that we can meet this challenge by reviving and extending the critical interpretation of Marx found in the work of Hungarian philosopher György Márkus, who emphasized the moments of self-aware historicism and non-reductive materialism in Marx’s thought. A central lesson involved is to acknowledge the conceptual limitations of the popular base-superstructure metaphor and find ways of moving beyond it.

The import of such a project is two-fold. First, to help formulate an essential part of a critical theory of racism capable of developing more sophisticated explanations of the persistence of systematic racial disadvantage. The desire is that these explanations will better inform our practical measures to counteract and overcome seemingly intractable patterns of racial inequality. Second, to help clarify what remains vital and relevant in the legacy of Marxism for a contemporary set of issues beyond Marx’s initial subject matter.

This approach recognizes the original intentions and context of the author without being beholden to them in a dogmatic fashion, and so helps us critically inherit historical texts in a way that is also responsive to the practical exigencies of the present.

The most consequential discovery for my dissertation was coming across the texts of the Budapest School emerging out of Marxist humanism. This school of thought not only provided me with the main theoretical framework for the central argument of my dissertation, but also gave me a blueprint for interpreting the philosophies of historical figures. This approach recognizes the original intentions and context of the author without being beholden to them in a dogmatic fashion, and so helps us critically inherit historical texts in a way that is also responsive to the practical exigencies of the present.

My first job was at the Lilly Library, Indiana University’s home for rare books, manuscripts, and special collections. My official title was “technical services assistant,” and my job was to translate and catalogue the bibliographical information of a collection of Japanese miniature books. Since many of the miniature books in the collection were hand-made and bound by independent craftsmen, the details of their authorships and publication were not always documented according to a strict industry standard like most mass-produced books. This meant that cataloguing them according to the OCLC WorldCat classification system was not always straightforward.

However, I learned the strengths and weaknesses of a standardized classification system; the hand-made miniatures provided an opportunity to reflect on the fact that the schematic details even a general system of classification selects for are very much taken from a widespread but nonetheless particular kind of object at the expense of other, less conforming objects from the same family. I also learned that the very things that were inconvenient about those miniature books, in terms of their ease of classification, were all things to be celebrated (although my supervisor was less interested in the latter than the former).

Eric O. A. MacPhail is a Ph.D. candidate in the philosophy department specializing in social and political philosophy, the philosophy of race, and 19th and 20th century continental philosophy. His dissertation draws on 20th century Hungarian philosopher György Márkus’ critical reception of Karl Marx’s historical materialism to advance critical theory’s contemporary efforts to provide a structural, yet non-reductively materialist account of racist ideology. Eric is also interested in the philosophy of language, particularly the pragmatics of racist hate speech and the ordinary language philosophy tradition. Prior to Vanderbilt, Eric got his MA in philosophy and MA in economics from the New School for Social Research. He grew up between the U.S. and Japan, feeling equally at home and abroad in either country.