As I was walking around the Westminster Abbey area, looking for the Underground Station, I happened upon a large protest taking place in a grassy square nestled between several large historic buildings.  Upon first glance, I could not tell what the protest was about or who was involved. I walked closer to the protest, crossing several busy streets to do so, and discovered that it was a primarily student-organized rally calling for awareness about climate change and the effects of global warming.  In addition to the large printed signs, many young people had signs of their own made from cardboard and marker.

Calling a protest a performance is not a stretch.  We already use the term “demonstration” as a synonym for this type of gathering.  The protesters were trying to get the attention of passersby to either join their rally or sign various petitions.  In order to get attention, they shouted repetitive slogans, or lines, (“This is what democracy looks like!”) and utilized several marches in place, or blocking.  The leader of the protest led the group through a series of call-and-response chants. Their posters, or props, were brightly colored and attractive to the eye, and they even played music to garner interest in their gathering.  Each detail of the protest could be considered performative. 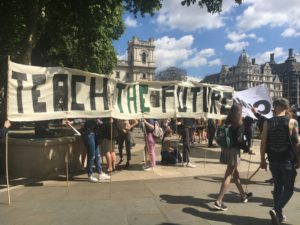 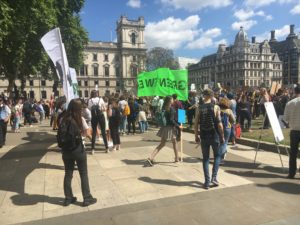 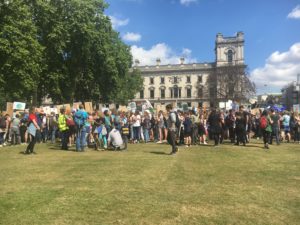 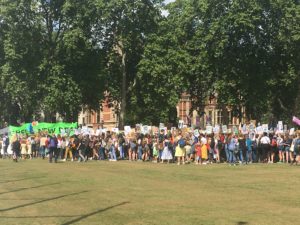 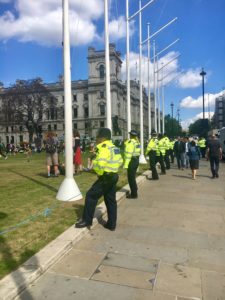 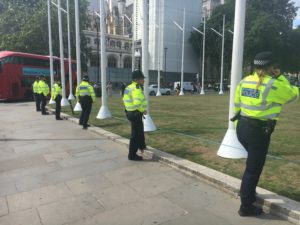