Nathan Green, Interim Vice Chancellor for Public Affairs, and his team spoke to USAC at its June meeting. The Division of Public Affairs manages Vanderbilt’s relationship with the local, state and federal government along with local neighborhoods and communities. Our department is “an institution-wide hub for public policy and community initiatives,” said Green who also serves as Assistant Vice Chancellor for State Government Relations. Until recently, the Division of Public Affairs also included staff that were dedicated to marketing, web development, journalism and creative services but those staff members were moved to the newly created Division of Communications under the leadership of Vice Chancellor Steve Ertel who spoke to USAC in May. “We still work with the Division of Communications, however,” stated Green, “and act as an advocate, collaborator and funder for the entire university community in our engagement with the Nashville-wide community.”­

Christina West, Assistant Vice Chancellor for Federal Relations, also spoke. “My department gives Vanderbilt a seat at the table and a voice in the debate to advocate for research funding in science, engineering, education and the humanities” she said. Two significant initiatives of her department are to improve higher education access for low-income students and to maintain regulatory compliance. West describes herself as “the translator who explains to people on campus what Congress and the Executive Branch are doing.”

In his other role as Assistant Vice Chancellor for State Government Relations, Nathan Green works to monitor, and actively lobby, the state government on legislative and regulatory issues. “We inform and activate the Vanderbilt community to engage state policy officials, educate state officials on Vanderbilt initiatives, host issue-driven public forums and remind state officials of Vanderbilt’s total economic impact of $9.5 billion.” This department also serves the Tennessee General Assembly which consists of 99 representatives, 33 senators and the Governor’s Office in partnership with the Tennessee Independent Colleges and Universities Association and the Tennessee Higher Education Commission.

The next speaker was Christine Bradley, Assistant Vice Chancellor for Community, Neighborhood and Government relations. “I work to engage Vanderbilt with the community” said Bradley. Her department ensures the development and maintenance of good relationships within the local community, neighborhoods and county government policy makers.

At the conclusion of the presentation, Green thanked everyone for their time and encouraged the Vanderbilt community to vote in the upcoming federal, state and country elections. Please go to ovr.govote.tn.gov by July 3rd for the primary election or by October 9th for the general election to register if you have not already done so. The early voting period for the August 2nd primary is July 13th to 28th and the early voting period for the November 6th general election is October 17th to November 1st. 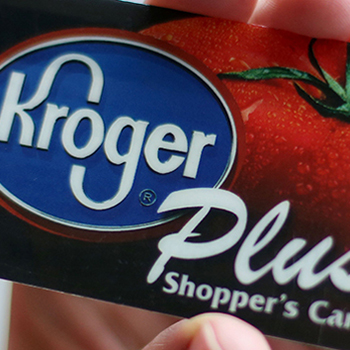