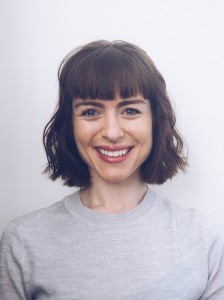 Kathryn received a Masterâs in French Literature from the University of Kentucky in 2012. After finishing her degree, she was chosen as a French Teaching Fellow for the Alliance FranÃ§aise, Deauville Teaching Assistantship in Deauville, France where she taught English to elementary school children and served as ambassador from Lexington, Kentucky. Following this, Kathryn taught English to adults in Paris, France for nine months before beginning Vanderbilt Universityâs French and Italian Program in the fall of 2014.

Thanks in no small part to a 2015 Pichois Travel Grant, Kathrynâs current research concentrates on intersections of gender, language, and power in the literature and cinema of the 20th and 21st centuriesâ specifically with regards to questions of âmadness.â The Pichois Grant was the capstone of a research project investigating Camille Claudelâs experience as âmadwomanâ and artist, and acted as a catalyst for the development of Kathrynâs thesis: âLes femmes, la folie, et le rapport Ã  soi-mÃªme: lâÃ©criture de lâaliÃ©nation mentale dans le 21Ã¨me siÃ¨cle.â

Kathryn views her thesis as the exploration of a cultural phenomenon. Her research analyzes the ways in which our philosophical questioning of âmadness,ââ a fundamentally inescapable part of our humanityâ informs and is informed by traditional gender roles, with language acting as the intermediary. In her thesis, Kathryn will explore how divergences in the linguistic patterns portraying the âmadwomanâ and the âmadmanââ which function to inform our socio-cultural perception of madnessâ demonstrate how madness both evolves and is perceived differently depending on circumstance and context. She believes that by illuminating the essential role of language in the construction of mental illness, we move towards a better understanding of the relationship between our [gendered] perception of madness and how this madness evolves, as being at least propagated, if not created, by the media.

Some of Kathrynâs other research interests include: autofiction, counter cultural movements, identity construction, the female voice, performative gender roles, and the politics of genderâspecifically within the works of authors such as Nina Bouraoui, MaÃ¯ssa Bey, HÃ©lÃ¨ne Cixous and Annie Ernaux. She looks forward to further exploring these areas and embracing a little madness along the way.
Supervisor:Â Dr. Nathalie Debrauwere-Miller