In 1895 the Lumière brothers screened the very first moving pictures in a café in Paris.  Today the second-largest film exporter after the US, France continues to play a central role in the international movie market. Once a year, in May, the world cinema community comes back to the birthplace of film and celebrates at the film festival in Cannes. A ten-day extravaganza of film screenings, star sightings, and prize awarding, the Festival (founded in 1946) is considered the most prestigious film festival in the world.

This Maymester class will begin on May 9 (arrive evening of May 8) in Paris where we will spend 10 days learning about the past and present of the French film industry. Students will experience an accelerated course in French film history, from its origins, through the Golden Age on our way to the New Wave, and finishing in the present. We will visit the Cinemathèque, a comprehensive archive of French film with a museum that traces the history of French film production. We’ll also visit a studio, and trace the path of famous locations in the world’s most filmable city, among other media-related activities. 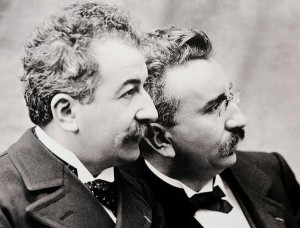 Having been thoroughly steeped in French film history and economics, we’ll head for Cannes where the film festival will be taking place. We’ll take side trips to Monaco and Eze, as well as other Mediterranean sites with connections to European film.

After a week in Cannes, we’ll return to Paris where students will finish the course with culminating group projects where students will make their own media, create a plan for marketing it, and present it to the group. The class will end on May 31, and students are free to return home or continue their travels in Europe.

This class is taught entirely in English and fulfills the AXLE INT requirement. It also counts toward the major and minor in French.

Students will be responsible for paying for travel from the US to Paris and back home as well as most meals. Costs vary according to student, but $1200 for the flight(s), $800 for food, and some amount of personal spending money are reasonable estimates.