In collaboration with Christine Lovly in the Vanderbilt Ingram Cancer Center 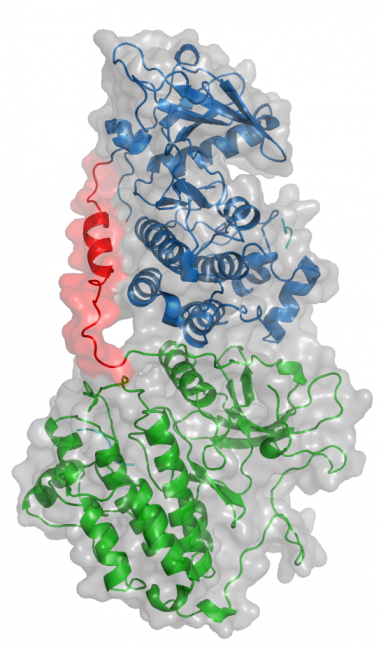 Oncogenic EGFR mutations are found in 10% to 35% of lung adenocarcinomas. Such mutations, which present most commonly as small in-frame deletions in exon 19 or point mutations in exon 21 (L858R), confer sensitivity to EGFR tyrosine kinase inhibitors (TKI). In analyzing the tumor from a 33-year-old male never-smoker, we identified a novel EGFR alteration in lung cancer: EGFR exon 18-25 kinase domain duplication (EGFR-KDD). Through analysis of a larger cohort of tumor samples, we detected additional cases of EGFR-KDD in lung, brain, and other cancers. In vitro, EGFR-KDD is constitutively active, and computational modeling provides potential mechanistic support for its auto-activation. EGFR-KDD-transformed cells are sensitive to EGFR TKIs and, consistent with these in vitro findings, the index patient had a partial response to the EGFR TKI afatinib. The patient eventually progressed, at which time resequencing revealed an EGFR-dependent mechanism of acquired resistance to afatinib, thereby validating EGFR-KDD as a driver alteration and therapeutic target.

We identified oncogenic and drug-sensitive EGFR-KDD that is recurrent in lung, brain, and soft-tissue cancers and documented that a patient with metastatic lung adenocarcinoma harboring the EGFR-KDD derived significant antitumor response from treatment with the EGFR inhibitor afatinib. Findings from these studies will be immediately translatable, as there are already several approved EGFR inhibitors in clinical use.

Long-QT syndrome (LQTS) is an inherited disease associated with mutations in genes encoding cardiac ion channel subunits. This disorder predisposes children and young adults to sudden death due to arrhythmia. An emerging standard-of-care for LQTS patients employs clinical genetic testing to identify LQTS-associated mutations to guide the course of treatment. However, interpreting results from genetic testing is complicated by the presence of variants of unknown significance or VUS for which there is inadequate experimental or clinical evidence to classify whether or not they are pathogenic. We searched extensively in the literature and curated a high-quality set of functionally characterized KCNQ1 mutations. Based on this data set, we compared the functional impact of mutations with their clinical classification to estimate the error rate of clinical classification of KCNQ1 mutations, thus illustrating the necessity of training the predictor on functionally verified variants. We trained a neural network, Q1MutPred, specifically for predicting the functional impact of KCNQ1 mutations on this experimentally validated data set. We showed that Q1MutPred has superior performance over five commonly used genome-wide predictors. Q1MutPred is deployed in a web-based format to allow researchers and medical professional to evaluated novel KCNQ1 mutations.

Rationalize the effect of kinase inhibitors in patient with EGFR-RAD51 fusion, a novel therapeutic target in lung cancer

In collaboration with Christine Lovly in the Vanderbilt Ingram Cancer Center

Given the presence of RAD51, a self-assembling filamentous protein, we hypothesized that the EGFR-RAD51 fusion protein can form such partner-driven dimers. To validate this hypothesis, we modeled EGFR-RAD51 based on available experimental structures of RAD51 and the active asymmetric EGFR dimer. Conformational loop sampling with Rosetta demonstrates that it is geometrically feasible for EGFR kinase subunits to adopt the asymmetric (active) dimeric conformation when fused to RAD51. Further, the concatenation of RAD51 subunits could bring tethered EGFR kinase domains close together, increasing their local concentration and leading to further EGFR activation. 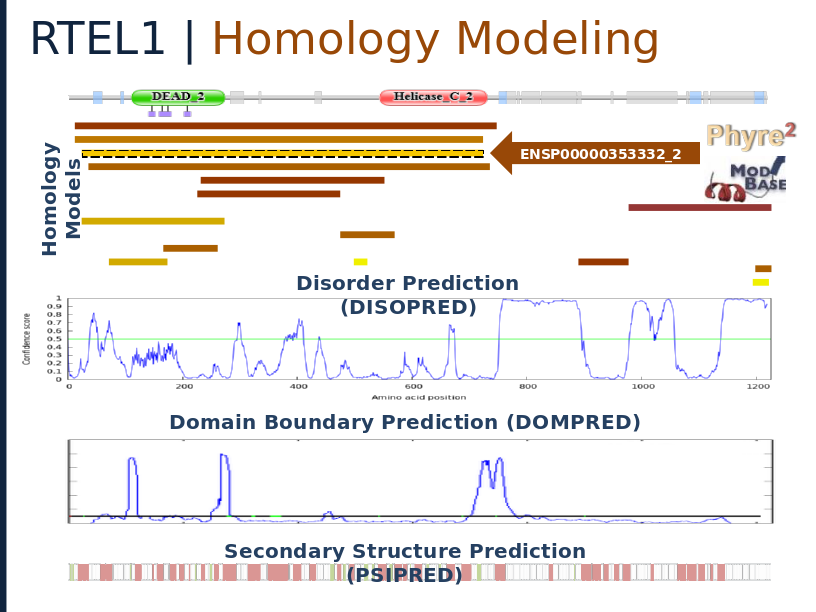 In collaboration with Carlos Arteaga in the Vanderbilt Ingram Cancer Center

Generate activation hypotheses about heterodimer of HER3 E928G and HER2 L869R