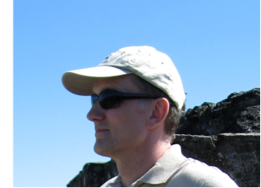 My research focuses on the role of water vapor, clouds, and precipitation in the climate system with particular emphasis on high latitudes. In particular, I am using models and observations to enhance our understanding of physical processes in the atmosphere that might affect the climate on earth. Ground-based and space-borne remote sensing observations serve as a means for understanding these complex processes.

The Arctic climate is currently undergoing dramatic changes. In a long-term measurement project on top of the Greenland Ice Sheet we seek to understand why these changes occur. This project is funded by the National Science Foundation (NSF). We have deployed a large set of instruments to make detailed observations of the state of the atmosphere over Greenland. 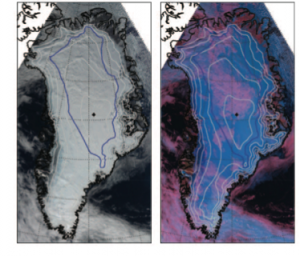 In various research projects funded by NASA we focus on using satellite data to observe clouds and their role in the climate system at regional and global scales. We have studied various regions of the globe, including China (see figure below), the East Pacific and the Atlantic Hurricane basin. 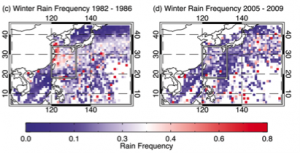 Above: A significant reduction in rainfall occurrence over the East China Sea has been observed between 1980 and now. In our publication Bennartz et al. (2011) we show that this decrease was caused by increased air pollution from mainland China.

The overarching goal of graduate student education is to train students to become tomorrowâs leaders in our field. It is therefore of critical importance to support students in developing their skills in research areas that fit their interests. Students should be actively involved in defining their own research projects. Consequently, my studentsâ research activities vary strongly depending on the individual studentâs interests.

Theoretical research includes studies based on existing observation that could be from coming from satellites or ground-based research stations. Students develop models to understand interactions between different physical processes. Observations will be used to evaluate the validity of those models. For example, one of my graduate students (Amato Evan) has studied African dust outbreaks using satellite observations.Â  He developed a theory on how dust clouds can cool sea surface temperatures in the North Atlantic by reducing the amount of sunlight reaching the ground. Amatoâs work was published in Science (Evan et al., 2009) and he is now an assistant professor at Scripps and UCSD.

I have been leading various field experiments. Currently we are operating an NSF-funded long-term cloud and radiation observatory at Summit Peak, Greenland (ICECAPS, see here). In the last years several of my students went to Greenland for extended observational periods between four weeks and three months (see picture below). In addition, we are regularly participating in NASA measurement campaigns such as the Global Precipitation Missionâs Cold Season Precipitation Experiment, held in winter 2011 in Canada. 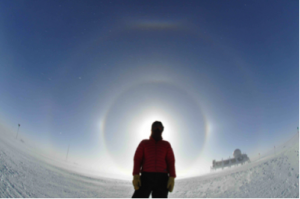 Above: University of Wisconsin graduate student Claire Pettersen at Summit Research Station on top of the Greenland Ice Sheet at 3,200 m (10,500 ft) The research station is in the back. Photo by Claire Pettersen.