The Moral Conflict of Democratic Citizenship 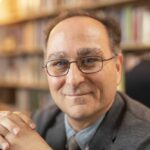 Robert Talisse is the W. Alton Jones Professor of Philosophy at Vanderbilt University and author of Sustaining Democracy: What We Owe to the Other Side (Oxford 2021). Vanderbilt Bookstore is hosting a launch for his book this Thursday, October 21st at 5 p.m. It is free and open to the public.

A moral conflict lies at the heart of democratic citizenship. On the one hand, citizens are responsible for their political order. They must participate in collective self-government and strive to advance justice. On the other hand, citizens are one another’s political equals. They are responsible to one another. They need to interact in ways that respect their equality. Accordingly, when citizens disagree about politics, they must listen to one another, give critics a hearing, and recognize their entitlement to an equal say. 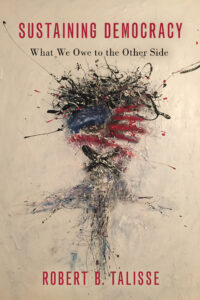 These two modes of democratic responsibility can conflict. When disagreeing about justice, we tend to view our opponents as not only wrong, but in the wrong. In the fray of politics, then, treating one’s opponents as equals feels like a concession to them. This concession contravenes the responsibility to advance justice. Politically engaged citizens hence face a quandary: when the stakes are high, why not treat one’s opponents as enemies rather than as fellow citizens? Why uphold civil relations with those who seek to enact injustice? Why not instead simply work with allies to shut down the other side?

Call this the democrat’s dilemma. It is the quandary addressed in my new book, Sustaining Democracy: What We Owe to the Other Side.

Two features of the democrat’s dilemma should be noted straightaway. First, it isn’t the Democrat’s dilemma. It’s not only for citizens of that partisan affiliation. Rather, it confronts democratic citizens as such. Second, it is prompted by responsible political engagement. Our sincere efforts to take responsibility for our political order activates tendencies that lead us to neglect our responsibility to our fellow citizens.

We commonly think that democracy’s dysfunctions emerge only when citizens’ fall short of their civic responsibilities. The democrat’s dilemma, however, arises from within democracy. The moral conflict at the heart of democratic citizenship is inherent, permanent. It cannot be eliminated, only managed.

The management task is complicated by the widespread cognitive and affective phenomenon of belief polarization. Interaction among likeminded people leads them to shift into more extreme commitments and attitudes. As we work with our allies to further justice, we subject ourselves to forces that render us more strident and unduly confident in our views.

Moreover, our more extreme selves are also more conformist. As we shift towards extremity, we also grow more insistent on homogeneity among our allies. Belief-polarized alliances eventually become fixated on poseur-detection and in-group purity. They consequently grow more dependent on centralized standard-setters for the group, thereby becoming more internally hierarchical.

Arguments for treating political enemies as equals often focus on the opposition’s entitlement to civil treatment. I argue in Sustaining Democracy that this approach has limitations. The belief polarization phenomenon suggests a different kind of argument: If we want to build effective political coalitions, we need to maintain democratic relations with our critics.

Note that the responsibility to pursue justice entails the requirement to preserve the conditions under which our efforts can succeed. Citizens therefore have a moral duty, rooted in their responsibility to advance justice, to sustain democracy — even with their political enemies.

Robert B. Talisse is W. Alton Jones Professor of Philosophy. He specializes in political philosophy, with emphasis on democracy, egalitarianism, and political disagreement. He is the author of over 100 academic articles and 14 books. His new book is Sustaining Democracy: What We Owe to the Other Side (Oxford University Press, 2021).