Posted by Jenna Phillips on Wednesday, September 25, 2019 in Book Playlists. 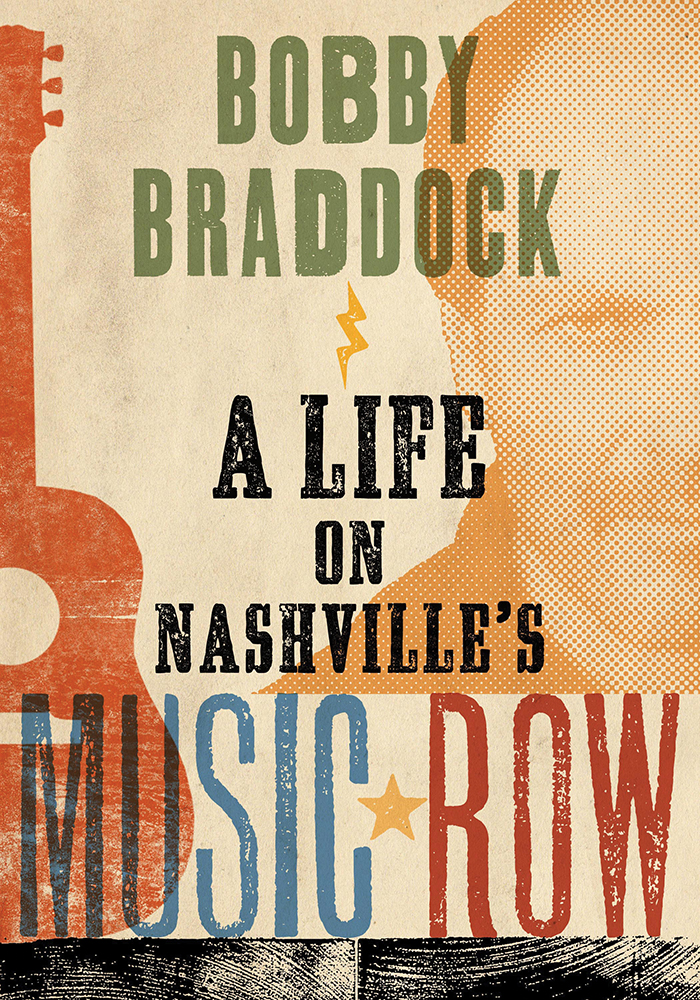 Today’s playlist (below) draws from Bobby Braddock: A Life on Nashville’s Music Row by Bobby Braddock. If you’re watching Ken Burns’s Country Music this week, then you’ve seen Braddock sharing about his experiences working as a songwriter in the country music industry for the past five decades.

If you know country music, you know Bobby Braddock. Even if you don’t know his name, you know his work: “He Stopped Loving Her Today.” “D-I-V-O-R-C-E.” “Golden Ring.” “Time Marches On.” “I Wanna Talk About Me.” “People Are Crazy.” Braddock has worked on Nashville’s legendary Music Row since the mid-1960s, plying his trade and selling the aforementioned songs and numerous other chart-topping hits. His decades of writing songs for legendary singers like George Jones, Tammy Wynette, and Toby Keith are recounted in Bobby Braddock: A Life on Nashville’s Music Row, providing readers with an insightful look at the beating heart of country music.

In this excerpt, Braddock recounts the experience of co-writing “Golden Ring,” which became a hit record for George Jones and Tammy Wynette in 1976 and a classic in the country music canon:

I was inspired and doing a lot of productive writing. I knew that George Jones and Tammy Wynette were about to record, and I wanted to write something that felt like an old-time country gospel song, thinking that would be a real switch for country music’s most famous divorced couple. I got the idea for the lyrics from a TV show about the “biography” of a handgun, following its history and all the people who had owned it. I thought: why not use that angle with a wedding ring. I had the title “Golden Ring,” the melody, and the story, but I was stuck. I went to Tree [Publishing] and called Curly Putman, to see if he would like to come in and write it with me, but he said he wanted to hang around his farm. Then Rafe Van Hoy walked through the front door. We sat down and wrote it in a few minutes. It was everything I wanted it to be: slightly uptempo and churchy, an old-fashioned melody with contemporary lyrics, and a country feel in an urban setting. (I envisioned a couple from the South or Appalachia who were living in Chicago.) It was Friday and I was going down to Decatur to see Sparky the following Monday when the studio was available, so I asked Rafe if he would put together a demo on it. He stacked everything, playing a couple of guitar tracks and singing all the parts for an entire vocal group. Within a few days, Billy Sherrill cut a great record of it with George and Tammy, and within two weeks it was playing on the radio. Some songwriters refer to their songs as their children. If that’s the case, this was the quickest trip from conception to the delivery room in my career. In the twenty-first century, a writer would be lucky to get a song on the radio a year after it was written. “Golden Ring” would hit #1 by summer.

» “The King of Tears”: Revisionist History goes to Nashville to talk with Bobby Braddock, who has written more sad songs than almost anyone else. What is it about music that makes us cry? And what sets country music apart?