The Legacy of One of Our Most Important Books

In this staff post, Vanderbilt UP Marketing and Sales Manager Betsy Phillips reflects on the checkered legacy of one of VUP’s most important books in our 80-year history: A Vanderbilt Miscellany. 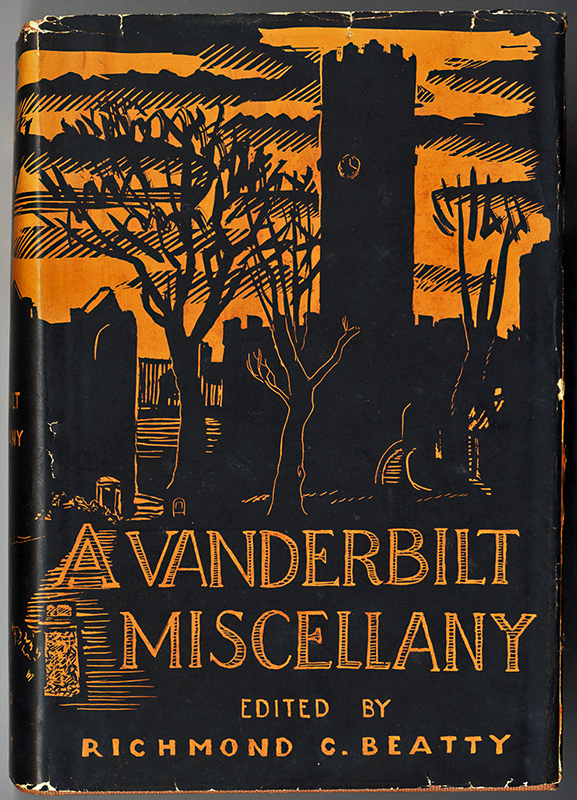 As a part of Vanderbilt UP’s 80th Anniversary commemoration this year, we wanted to highlight and discuss books important to the history of the Press. Take, for instance, A Vanderbilt Miscellany edited by Richmond C. Beatty, published in 1944. According to the Preface, the book had “been encouraged by an appropriation by the Board of Trust of Vanderbilt University in response to a suggestion by the Committee on the Vanderbilt University Press.” In other words, back when we were just getting our feet under us as a press, powerful players on campus expected us to successfully publish this book, which would showcase Vanderbilt’s vast literary talent and thus the value of the Press. The stakes were high.

The editor, Beatty, was an English professor. Marion Junkin, an art professor, provided the illustrations. The contributors are some of the finest writers the South ever produced, writers who worked at or attended Vanderbilt: Robert Penn Warren, Donald Davidson, Cleanth Brooks, Allen Tate, John Crowe Ransom, and on and on. Towering figures then and, perhaps, in certain circles, even now. Four hundred pages of breathtaking prose and poetry all produced by people with Vanderbilt ties and published by Vanderbilt.

Before we talk about A Vanderbilt Miscellany in depth, I want to tell you that the first African American author I know of published by the Press was Sandria Rodriguez, whose book, Giants Among Us: First-Generation College Graduates Who Lead Activist Lives, came out in 2001. We’d gone 61 years without publishing a black author. 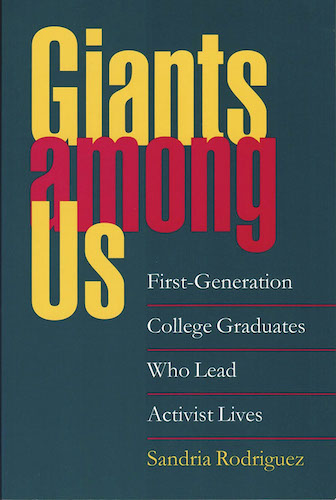 If anyone thought it was strange or problematic that all of our authors were white, they left no records of it I could find.

Here are some of the poems you could read in A Vanderbilt Miscellany: “Bedford Forrest” by Saville Clark (“Wizard of the Empire Invisible, Wizard of the rapid saddle”—yes, that is a reference to the Invisible Empire of the Ku Klux Klan), “Lee in the Mountains” by Donald Davidson (“The rifle Returns to the chimney crotch and the hunter’s hand. And nothing else than this? Was it for this that on an April day we stacked our arms Obedient to a soldier’s trust? To lie Ground by heels of little men, Forever maimed, defeated, lost, impugned? And was I then betrayed?”), “Ode to the Confederate Dead” by Allen Tate (“Turn your eyes to the immoderate past, Turn to the inscrutable infantry rising Demons out of the earth—they will not last. Stonewall, Stonewall, and the sunken fields of hemp, Shiloh, Antietam, Malvern Hill, Bull Run. Lost in that orient of the thick and fast You will curse the setting sun.”)

There’s an essay republished from I’ll Take My Stand, in which the authors state, “The South is a minority section that has hitherto been jealous of its minority right to live its own kind of life.” I hardly need to remind you what “its own kind of life” looked like for black people in the South. In “The Fundamental Cause of the Civil War” Frank Owsley argues that the immediate cause of the Civil War was that “the southern people desired and attempted to establish their independence.” Obviously, there is no room in that sentence for the feelings of the black southern people who desired their independence.

I could go on. The book does go on.

All these literary deities brought together in this volume supported by the Board and published by us. This volume helped set the course of the Press. It helped cement our reputation for publishing important, vital scholarship. All the beautiful words in it were devoted to celebrating and eulogizing the legacy of the white supremacist South.

Meanwhile, across town, at Fisk University, John Work III was transcribing music he’d heard down in Mississippi in 1941 and 1942 and writing excitedly about Muddy Waters, whom he had interviewed, calling him “one of the Delta’s most popular guitarists” and noting “Muddy Water would like to join the church but to do so would mean abandoning his guitar—a sacrifice too dear to make now” (Lost Delta Found, VUP).” I love that sentence so much. It gives you a good sense of Muddy Waters’s quick wit and Work’s sly sense of humor. But I bring this up not as a John Work and Muddy Waters appreciation-fest, or not only as that, but because we keep excusing our history as “well, that’s just how it was back then.”

As if there was no other choice but to use your vast talent to glorify and mourn dead Confederates, when in reality one of their other choices was Muddy Waters. There were always other geniuses in the South, with other artistic concerns. We, as a Press, missed the cool, fresh stuff happening right in our own backyard that would still resonate and speak to people 80 years on, so that we could focus on the kinds of writing in A Vanderbilt Miscellany.

The racism is a deep and ugly sin. That our devotion to racism caused us to miss the important things happening in our midst is humbling and embarrassing.

The hard question remains: What is the legacy of A Vanderbilt Miscellany for the Press? We would never publish a book like this now. At the least, we’d expect a book devoted to the best of Vanderbilt to represent Vanderbilt’s current commitment to diversity. And, frankly, we just wouldn’t publish a book that uncritically presented a poem in honor of Nathan Bedford Forrest and his role in the Ku Klux Klan. We aren’t that kind of Press anymore.

But at one point, we were. And if we want to celebrate 80 years of publishing, we have to acknowledge our grave missteps—A Vanderbilt Miscellany being among our worst.