Posted by Jenna Phillips on Wednesday, October 7, 2020 in VUP News. 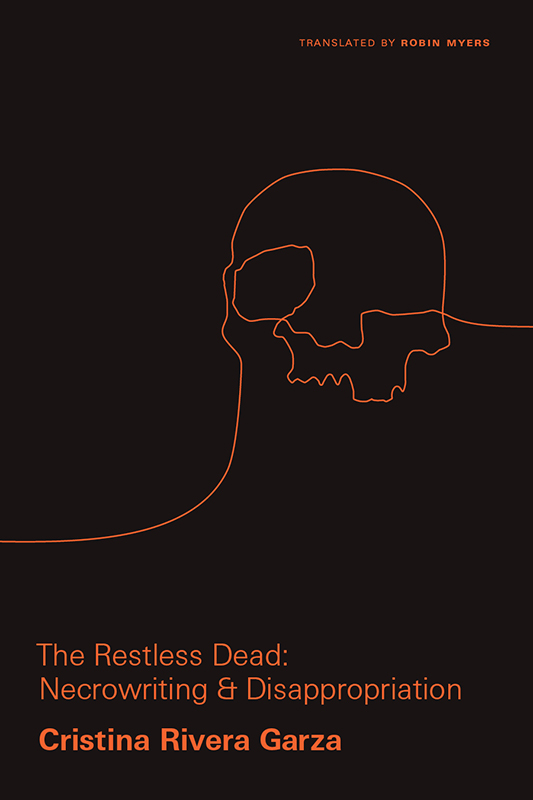 Cristina Rivera Garza, author of the new Vanderbilt University Press book The Restless Dead: Necrowriting and Disappropriation, has been named a 2020 MacArthur Fellow by the John D. and Catherine T. MacArthur Foundation.

The MacArthur Foundation awards its fellowships—known colloquially as “Genius grants”—annually to individuals for “extraordinary originality and dedication in their creative pursuits.” Winners represent the leading minds in a diverse range of fields, including literature, social justice, science, and art.

From the MacArthur Foundation:

“Cristina Rivera Garza is a fiction writer interrogating culturally constructed notions of language, memory, and gender from a transnational perspective. Born in Mexico and a resident of the United States for over two decades, Rivera Garza is a prolific and multifaceted author of fiction, essays, and scholarship, including nearly twenty works in Spanish.”

The Restless Dead is the inaugural volume in Vanderbilt UP’s Critical Mexican Studies series, the first English-language, humanities-based academic monograph series devoted to the study of Mexico. Edited by Ignacio M. Sánchez Prado (Washington University in St. Louis), the Critical Mexican Studies series focuses on innovative works in the humanities that question the many received ideas that shape the field of Mexican studies.

“Cristina Rivera Garza is one of the most powerful and consequential writers in contemporary literature. As her reader and friend, I am overjoyed with the news of her becoming a MacArthur Fellow. As editor of the Critical Mexican Studies series, it was my priority to bring her timely and lucid theoretical and critical work into English. As the inaugural volume of the series, in the skillful translation by Robin Myers, The Restless Dead brings to the United States her powerful writing on the relationship between literature, gender, violence and community. I join Vanderbilt University Press in warmly congratulating Cristina, and in the enthusiasm of finally bringing this most important book to our readers.”