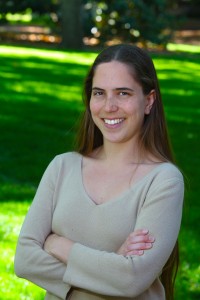 Kate Pride Brown received her Ph.D. in Sociology from Vanderbilt University. Her research interests include globalization, political economy and social movements. Her dissertation addresses the effect of globalization on civil society by examining environmental activism in Irkutsk, Russia, from the late Soviet period to the present. Irkutsk has been home to a strong environmental movement since the 1950s, principally due to its proximity to Lake Baikal, the oldest, deepest and most voluminous freshwater lake on Earth. The fall of the Iron Curtain opened environmentalism in Irkutsk to myriad global forces, which have both benefited and constrained activists’ efforts. The suddenness and rapidity of post-Soviet Russia’s introduction to globalization throws the impact of these forces on local activism into stark relief.

Brown has also conducted ethnographic research on environmental activism in Samara, Russia, and has performed in-depth interview research on collective memory of the Soviet Union in contemporary Russia. Her previous research has examined collective memory of the US National Guard and public opinion on capital punishment. She is currently a Postdoctoral Fellow with the Vanderbilt Institute for Energy and Environment where she is collaborating on a project that examines political bipartisanship in state-level renewable energy and energy efficiency legislation.