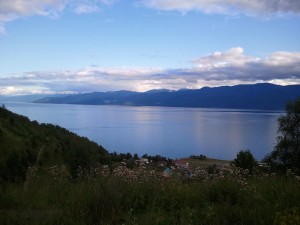 Lake Baikal is like no place on Earth. Ecologically, the lake and its environs are unique in the natural world. Baikal bears an envious list of superlative titles. It is the oldest, deepest and most voluminous lake on the planet. Its water is close to utterly pure H2O. It is home to thousands of endemic species, including the charismatic Baikal seal. The lake is a source of local pride and historical lore, a definitive aspect of Eastern Siberia. Given the remarkable beauty and rarity of Baikal, it is unsurprising that there would also be communities striving to protect it. It is in this place and amongst these people that I base my research. 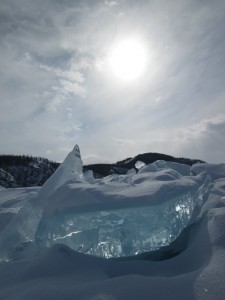 Baikal was formed approximately 25 million years ago when the Indian subcontinent collided with Asia. The same process that gave rise to the Himalayan mountains also split two fault lines, fracturing the earth just north of Mongolia. Just as the Himalayans continue to rise, so does Baikal continue to widen, growing at a rate of 2 centimeters per year. However, it is not the width of Baikal that astounds, but rather its depth. Baikal fills a graben â a rift between two fault lines. Its present depth reaches more than 2 kilometers to its sediment floor â the deepest lake on the planet. Scientists estimate that the sediment alone continues another seven kilometers beneath this. The astonishing depth of Lake Baikal allows it to pool water from more than 330 inflowing streams and rivers, rendering it the most voluminous lake on Earth. Twenty percent of all the Earthâs unfrozen surface freshwater can be found in Lake Baikal; it is a freshwater reservoir of global proportions.

Not only is Baikal shockingly deep, it has still another surprising secret that is not repeated elsewhere on the planet: Baikalâs water is oxygenated all the way to its maximum depth and supports life even at the lake floor, some 5,387 feet below the surface. No other lake can make such a claim. Other deep lakes show that water below 650 feet is âdeadâ â it lacks oxygen and cannot support life. Baikal defies this rule. While scientists have some theories to explain the hospitality of Baikalâs depths, no one can say conclusively the answer to this geological, biological and hydrological mystery. 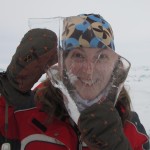 The secret of Baikalâs purity can be found in one of its astonishing array of endemic species â nearly 3,000 in all. The epicshura baykalensis is a microscopic shrimp that lives exclusively in Baikal. The lake holds literally billions of these tiny creatures who filter-feed for organic matter and, in so doing, remove impurities from the water. The power of these countless miniscule crustaceans, and the speed at which they feast on organic matter, defies expectation: a carcass of a dead cow that was thrown into the lake would be reduced to a skeleton in a week. The result is a water purity that is almost unmatched. Frozen Baikal water is as transparent as glass. The lakeâs water is so clean that it is not even recommended for use as drinking water: it lacks the vital minerals that human drinking water normally contains.

While the water of Baikal is miraculously clean, the biota that enacts this miracle is decidedly not. Any harmful toxins, the effluvia of modern industry, that find their way into Baikalâs watershed are quickly consumed by the epischura, and other small crustaceans, and subsequently conveyed into the food chain. As bigger fish eat the smaller fish, in increasing quantities, pollutants build up in the bodies of the animals. The health effect of these accumulated pollutants becomes especially consequential in Baikalâs other famous endemic denizens: the omul, the golumyanka, and the nerpa.

Omul is a relative of the salmon, and is a Baikal delicacy. Omul is a âmust-eatâ for pescaterian tourists to the region. Train stops and bus stops are host to kerchiefed babushkas hocking their familyâs catch â steamed or smoked. Fishing for omul is regulated, although poaching is still a common occurrence. Locals fish for personal consumption, as one dimension of subsistence homesteading, and commercially for the resale value. Because of the heavy human consumption of omul, and other Baikal fish, the toxins and industrial effluvia that find their way into the lake, and subsequently into the food chain, become problematic, not only for the environment, but also for human health.

Golumyanka, another important Baikal endemic, is a highly unusual fish in many respects. It lives throughout the entire depth of Lake Baikal â even a mile below the surface. The fish can survive this intensity of water pressure because it has no swim bladder. Also, its body is made almost entirely of fat. The fish is so translucent a person could read newsprint through its body. Local fisherman claim that, if you bring the fish to the surface and leave it in the sun, it will melt into a puddle of oil. The golumyanka is also one of the few fish in the world that gives birth to live young. This fatty, deep-swimming fish is the staple diet of the nerpa, and the toxins that build up through its own feeding get passed along in this manner to the lakeâs largest endemic predator.

The Baikal seal, known locally as nerpa, is a freshwater seal that is the virtual emblem of Lake Baikal. The nerpa is a close relative of the northern ringed seal, but it resides in a freshwater lake that is literally hundreds of miles from the nearest ocean. No one knows for sure how the nerpa arrived in Lake Baikal, but it is believed that their ancestors swam up the Yenisei and Angara rivers from the Arctic sea â a journey of some 3,000 miles. Now permanently ensconced, the nerpa are a veritable totem for Lake Baikal. Their face and likeness adorn souvenir stands: embroidered onto tee-shirts, molded out of clay, stuffed as plush toys. Seldom seen in the wild, there are two âSea Worldâ style aquariums near the lake where tourists can watch trained nerpa frolic and play. While they are still hunted for meat and fur, the seals are also protected and their populations are regulated by the government. But the effects of built up toxins in seal blubber has been a greater worry for the species in recent decades than the threat of hunting, rendering the nerpa not only the face of Baikal, but also the frequent face of Baikal environmental activism. 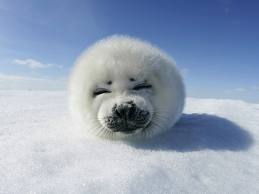