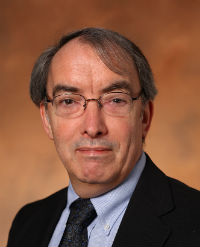 Bartels holds the May Werthan Shayne Chair of Public Policy and Social Science at Vanderbilt University. His scholarship and teaching focus on public opinion, electoral politics, public policy, and political representation. His books include Unequal Democracy: The Political Economy of the New Gilded Age (2nd ed., Russell Sage Foundation and Princeton University Press, 2016) and Democracy for Realists: Why Elections Do Not Produce Responsive Government (with Christopher Achen, Princeton University Press, 2016). He is also the author of numerous scholarly articles and of occasional pieces in the New York Times, Washington Post, Los Angeles Times, and other outlets. Bartels is a co-director of Vanderbiltâs Center for the Study of Democratic Institutions, a trustee of the Russell Sage Foundation, and a past vice president of the American Political Science Association. He is a fellow of the American Academy of Arts and Sciences and of the American Academy of Political and Social Science and a member of the National Academy of Sciences.

Political scientist looks at elections and why they matter

Larry Bartels, arguably the most influential political scientist of his generation, is fascinated with democracy â how it really works, who has the most influence and why the presidential primary election process has propelled one-time dark horse candidates into contenders.

Much of Bartelsâ research is focused on electoral politics, public opinion and the role of citizens in the policymaking process. He studies issues of representation and democratic theory.

âI look at individual voting behavior and the psychology of how people make political decisions but also at the whole electoral process and how election outcomes matter,â Bartels said.

The recruitment of Bartels from Princeton University as the May Werthan Shayne Chair of Public Policy and Social Science marks an historic moment in the history of theÂ political science department at Vanderbilt, said John Geer, Distinguished Professor of Political Science and chair of the department.

âHaving Larry on our faculty pays numerous dividends that will build on the successes of the last few years,â Geer said. âIt is clear to me that we are now one of the top 10 or 15 departments in the country.â

Bartels has done extensive research on the impact of economic conditions on voting behavior, and his work is frequently cited in the national press. His 2008 bookÂ Unequal Democracy: The Political Economy of the New Gilded Age was cited by then-presidential candidate Barack Obama during the campaign and was named inÂ The New York Times as one of the âeconomics books of the year.â

A current project looks at the political attitudes and preferences of wealthy people. Bartels and two Northwestern University colleagues conducted a small pilot study in the Chicago area, interviewing people whose individual net worth averaged $20 million. âWe asked them many of the same questions about politics and policies that have been asked of the general public,â Bartels said. They hope to carry out a larger national study on the same subject.

Bartels was mildly interested in politics growing up in Wisconsin and California. During his first semester at Yale, he enrolled in a course taught by Chris Achen. It sealed his interest in political science.

Bartels earned his doctorate from UC-Berkeley, where Achen, who had just moved to the West Coast, was his dissertation adviser. Bartelsâ graduate work focused on presidential primaries.

Bartels taught at the University of Rochester for eight years before moving to Princeton. His decision to come to Vanderbilt surprised some. He says the universityâs expanding political science faculty, with many colleagues and friends already on board, was the key influence in his decision.

Bartels and Geer first met in the 1980s when Geer was a Princeton graduate student. They both wrote books on the presidential nomination process. In 2002-03, Geer was a visiting research fellow atPrincetonâs Center for the Study of Democratic Politics, where Bartels was founding director. A year earlier, Professor of Political Science Marc Hetherington was a visiting professor at the same center. Three of Bartelsâ former Princeton colleagues â Josh Clinton, David Lewis and Carol Swain â are now Vanderbilt political scientists.

Bartels will teach a graduate seminar on democracy in the spring. Part of it will include case studies of specific policy areas that political scientists use to gauge the ways in which citizens have influence on policymaking. He also is a co-director of VanderbiltâsÂ Center for the Study of Democratic Institutions and will help plan the centerâs various programs in connection with the 2012 elections.

While Bartels spends much time focused on political research, he enjoys taking a break by listening to jazz and playing an ancient board game called Go.

âGo is similar to chess but more complicated and elegant,â Bartels said. âI would like to find some Go players on campus.â

The May Werthan Shayne Chair of Public Policy and Social Science supports a faculty member who fosters the improvement of society by understanding and addressing its problems. It was created through a gift by the Shayne Foundation to honor the late May Werthan Shayne, a tireless advocate for children and families who dedicated her career to improving the lives of others.