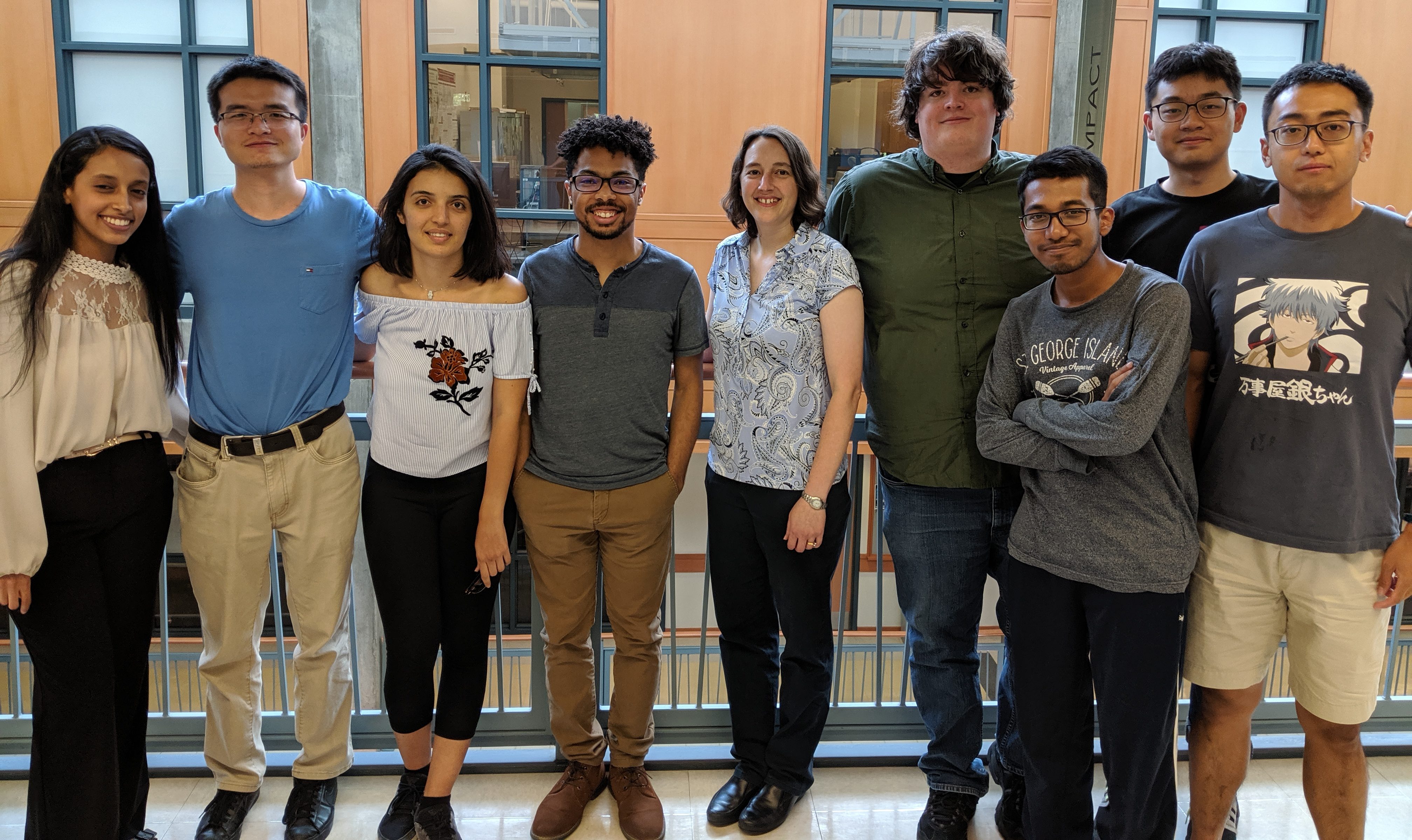 Professor Sharon Weiss is a Cornelius Vanderbilt Chair in Engineering, Professor of Electrical Engineering and Physics, and Director of the Vanderbilt Institute of Nanoscale Science and Engineering. She received her Ph.D. degree in Optics at the University of Rochester. Her areas of interest include silicon photonics, biosensors, and hybrid nanomaterials. Professor Weiss’s honors and awards include the PECASE, NSF CAREER, ARO Young Investigator, and IEEE Photonics Society Distinguished lecturer award. She is a fellow of OSA and SPIE.

Francis received his B.S. in Physics and Mathematics from Truman State University. During his undergraduate studies, he completed undegraduate research in photonics with the Veronis group at Louisiana State University and Gangopadhyay group at University of Missouri – Columbia. Francis is currently pursuing a PhD in Electrical Engineering, with research focused on nano-scale silicon photonics and photonic crystal devices. Francis enjoys research rich in theory and design and has pursued projects which straddle the interface of academic and industry interests, including collaborations with industry partners Triton Inc., Sensera Inc. and GlobalFoundries.

Josh received his B.S. in physics from Austin Peay State University in 2018. He is currently pursuing a Ph.D in the Interdisciplinary Material Science (IMS) program at Vanderbilt University studying photonic crystals and metamaterials for optical trapping and communication.

Tengfei received his B.S. in Materials Science and Engineering from Fudan University in 2015. He is now pursuing a Ph.D in Interdisciplinary Materials Science Program at Vanderbilt University. His current research is focused on porous silicon based biosensing devices.

Hayat Abdurahman
Hayat is a rising sophomore at CCBC, majoring in Mechanical Engineering. This summer, as a VINSE REU student, she is working on antifouling techniques to make use of porous silicon-based optical biosensors in a complex medium.

Brendan Grigg
Brendan is a rising junior at Vanderbilt University, majoring in chemical engineering. This summer he is investigating patterned nanoporous gold as an effective template for surface enhanced Raman scattering.

Zibo Gong
Zibo is a rising senior at Huazhong University of Science and Technology, majoring in Opto-Electronic Information Science and Technology. This summer, he is participating in the VUSE Summer Research Program and is conducting research on photonic crystal design, simulation, and fabrication.