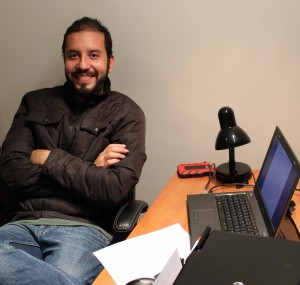 We argue that citizens become more sensitive to perceived corruption during economic crises. We show that, other things constant, there is a significantly stronger effect of corruption on incumbent job approval in national and sub-national regions in which the economy is performing poorly. This implies that the publicâs tendency to hold executives accountable for corruption varies by the state of the economy. Thus, while incumbents are judged severely for corruption under economic crises, they can escape the court of public opinion when the economy is performing well.

I argue that positive outcomes obtained by âhard-lineâ policies can erode democratic preferences. In analyses of the 2010 AmericasBarometer, I find that Mexicansâ satisfaction with the security provided by Mexicoâs war on drugs is positively associated with a preference for an âIron Fistâ style of government.

We examine the causes and consequences of concern about terrorist threat in Latin America. Analyzing the AmericasBarometer 2010 using hierarchical models, we find that worry is grounded in experiences with past attacks and that concerns about terrorism are negatively related to democratic values. Both papers are being revised for their submission to a journal this fall.

âEconomic Evaluations and Support for Free Trade in Latin America and the Caribbeanâ in Legitimacy of Regional Integration edited volume. Ed. Steffen Schneider and Achim Hurrelmann. Under review at Palgrave MacMillan.

âMissing the Rally: The Effect of the 2004 Madrid Terrorist Attacks Revisitedâ. Working Paper.

I argue that the diffuse and specific effects of rally events can be differentiated (and in occasions very different) and, thus, the way the Rally Round the Flag Effect is conceptualized needs to be reevaluated. I study the critical case of the M-11 terrorist attacks in Madrid. Analyzing a natural experiment and historical performance trends, I show that although the attacks had a significant negative effect on electoral support for the incumbent, they had a larger positive effect on citizensâ trust in the institutions of the state, electoral support for the opposition and performance evaluations of the new government. This suggests that the bombings had electoral effects through both diffuse and specific effects, allowing the opposition to ride the rally that the incumbent missed.