FROM VOLCANOES TO RAINFOREST:
GEOLOGY AND ECOLOGY IN SOUTHERN BRAZIL

In this course, we will study Earth and Environmental processes and systems in the field, with an emphasis on field methods. In 2014, the course will be held in Brazil, a country globally known for its natural features, which will give us the opportunity to study a variety of topics in the Earth and Environmental Sciences; time will be evenly split between topics related to ecology and biodiversity in the Brazilian Atlantic rainforest and topics related to magmas and volcanic activity in the geological history of South America. 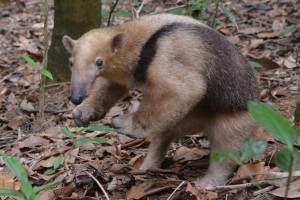 The Brazilian Atlantic rainforest goes from North to South at the coast of Brazil, and surrounds some of the most famous South American cities, such as Rio de Janeiro and SÃ£o Paulo. It encompasses more than 50,000 species of animals and plants, a biodiversity similar to that of the Amazon. It is also highly threatened as almost 90% of its area has been converted into crops and cities. In this part of the course, students will learn important aspects of Tropical ecology, biodiversity, conservation and management in direct contact with one of the most diverse and threatened rainforests of the world. They will also interact with a stimulating group of students and scholars from one of the most prominent Universities of South America: Universidade Estadual Paulista. And they will get to participate in ongoing research efforts of Jorge and Brazilian collaborators. 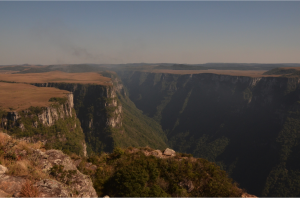 Rocks preserve the most extensive record of the evolution of the planet, from which we are able to retrace Earthâs history over 4.5 billion years. We will learn the methods of field geology and will apply them to understand geologic processes that led to the assembly of the South American continent ~600 million years ago, and to the break-up of South America and the opening of the South Atlantic ~140 million years ago. We will also explore how the topography today is a reflection of the processes that took place over time and how that affects human occupation and land use. The volcanic rocks studied include deposits from some huge eruptions (deemed supereruptions), and part of the field work performed during the course will directly contribute to an active NSF-funded project (led by Gualda) focusing on the evolution of supereruption-forming magma bodies.

The course will start in SÃ£o Paulo on May 04 and finish in FlorianÃ³polis on May 30, 2014. We will be based in 3 main areas in Brazil over the length of the course, and the topical focus will change accordingly. 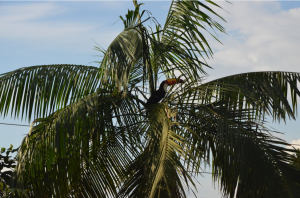 Students will split their time between the departments of Ecology and Geology of Universidade Estadual Paulista (UNESP), where they will visit research labs, attend guest lectures from faculty and grad students as well as develop small research projects with Brazilian students.

It will also be our first contact with the Brazilian rocks and rainforest by visiting rock outcrops nearby Rio Claro city and a large patch of forest next to the UNESP campus. 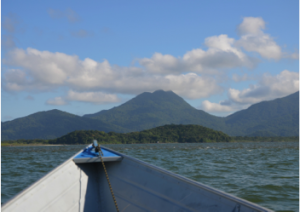 We will stay at Ilha do Cardoso State Park, a Nature Reserve at the southern tip of SÃ£o Paulo State that harbors 150 km2 of protected and pristine rainforest, mangroves and sand beaches. This is one of the sites where Jorge actively does field research.

We will spend 3 days with undergraduate students from UNESPâs ecology major exploring the diversity of habitats and species of the park.

We will spend a few more days developing small group projects related to the ecology of the island. 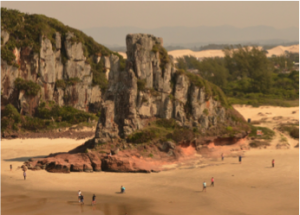 We will study some of the granites and related rocks formed during the assembly of Gondwana, including field areas where Gualda currently conducts research.

From the coast to the plateau of the Serra Geral, we will explore a sequence of volcanic rocks that record the transition from deserts to a site of major volcanism that culminated with the opening of the Atlantic Ocean.

The last few days will be devoted to field research on supereruption deposits, in connection with an NSF-funded CAREER project by Gualda on the evolution of magma bodies that lead to supereruptions

Course evaluation will be based on participation, field exercises, short project reports, and oral presentations.

Students with all levels of expertise in geology and biology are encouraged to apply. Activities will be adjusted to take into account prior experience and course-work. EES 210 has no formal prerequisites.

3 credit hours. This course is listed as MNS in AXLE.

The course fee includes tuition, lodging, transportation, occasional meals (depending on the location), and entrance fees to National and State Parks. It does not include airfare from Nashville to SÃ£o Paulo or from FlorianÃ³polis to Nashville, transportation from and to airports, regular meals in major cities, and incidental expenses.