This is the first course in the core sequence for majors in music; it is designed to engage beginning freshmen in the study of the basic elements and formative principles pertinent andÂ 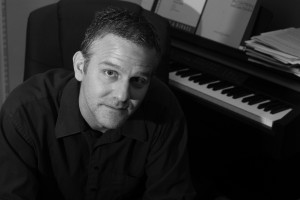 imperative to continued success as music analysts and listeners in the twenty-first century. Further, this course engages aspects of non-tonal and non-Western musics as an entryway into understanding the principles and themes of the Common Practice Period. The Syntax of Music includes the study of intervals; keys and clefs;Â scales and modes; triads and seventh chords; basic rhythmic elements; species counterpoint; introductory chord progressions and cadences; elementary compositional techniques; and computer notation.

The second course in the core sequence for majors in music, Harmonic Idioms focuses on four-part voice leading principles, according to the stylistic traits of J. S. Bach and his contemporaries. This courseÂ introduces elements such asÂ basic chordal structures and doubling issues; I, IV, V (I, iv, v) and theirÂ inversions; ii6, viio6; vi6 and iii6; I6-4, V7 (and its inversions); other 6-4 chords; realization of figured bass; andÂ introductory modulatory techniques.

This is the third course in the core sequence for majors in music. As its name suggests, Repertoire Analysis is weighted toward the formal and structural analysis of the Classical and Romantic repertoire. This involves the study of formal designs such as binary, rounded binary, ternary, rondo, sonata form, theme with variations, and invention and fugue. The course is further designed to introduce intermediate chord progressions and chordal structures, including modally-borrowed and scalar variant chords, the Neapolitan chord, and augmented 6th chords, as well as intermediate modulatory practices, intermediate voice-leading principles, and introduction to reductive analysis.

MUTH 2400. Musical Expansion: The 20th Century to the Present

The fourth and final course in the core sequence for majors in music, Musical Expansion is weighted toward listening, analytical writing, and composition. This course is designed to introduce advanced chordal structures and voice-leading principles, including ninth chords, linear diminished 7th chords, and linear augmented 6th chords, as well as techniques of enharmonic modulation. Other topics include: introduction to non-functional tonality; artificial/exotic scales; microtonalism; introduction to dodecaphony and set theoretical principles; neo-classical formal design; introduction to minimalism and texturalism; contemporary rhythmic practices; and introduction to experimentalism and indeterminacy in music.

Post-tonal Analysis is an upper-divisionÂ course, required for theory/composition majors and available as anÂ electiveÂ to any student who has completed the core curriculum in music theory. This course introduces analytical techniques for music operating outside the realm of standardized harmonic structures and/or formal designs of the common practice. General topics include non-functional tonal analysis, set theoretical analysis, dodecaphonic analysis, and textural/structural analysis. Engages with the music of Wagner, Debussy, Scriabin, SchÃ¶nberg, Webern, Berg, BartÃ³k, Ives, Dallapiccola, Martino, Lachenmann, among others.

This is an elective seminar course, open to any student who has completed the core curriculum in music theory, or by permission of the instructor. The BartÃ³k Seminar offers an in-depth investigation of the remarkable Hungarian composerâs life and music, including a detailed biography, meticulous study of his unique approaches to tonality and formal design, and a penetrating look into his exhaustive cataloguing of regional folk musics.

Private lessons involving the one-on-one mentoring of composition students. Required for all composition majors/concentrators. Each semester, after consultation with his/her studio teacher, the student will begin work on various compositional projects, with the end-goal being to add new works to a comprehensive, ongoing, extensive and diverse four-year portfolio, from which several pieces will be selected for a composition recital (majors only) during the senior year.

The purpose of the Composition Studio Class is first and foremost to be a wellspring of creative inspiration. But it is also a âlaboratoryâ for the types of practical, professional, and pedagogical discussions and experiences imperative to the study of composition/theory as a discipline. The professors encourage the group to suggest possible topics of interest or foci of discussion for the faculty-led sessions; for example, specific composers or pieces, pragmatic questions about the business of being a composer, or aesthetic issues about music in the twenty-first century. MUSO 111c is required for all majors in composition during any semester of residence at the Blair School of Music.

This is a course designed for non-majors in music or even non-musicians. It seeks to answer questions regarding how music affects us as listeners; how musical âstandardsâ are created; how the unorthodox becomes orthodox; to what degree are composers and artists obligated to move us forward, to âpush buttons;â and what constitutes âgoing too far?â These are the types of questions raised, explicitly or implicitly, by concert-goers, educators, music critics, and composers. Perhaps more than any other medium, music has been tethered to the expectation of certain standards of beauty or sensibility, often at the expense of progressive thought. This course ventures into the world of the âoutliers,â those composers and artists who challenge the world around them to think about music in new ways, to listen with unorthodox ears. Much can be learned from their approaches to what music actually is, and what it could be.