“Laudato Si: On Care For Our Common Home.”

Posted by Michelle Bukowski on Wednesday, March 9, 2016 in Feature. 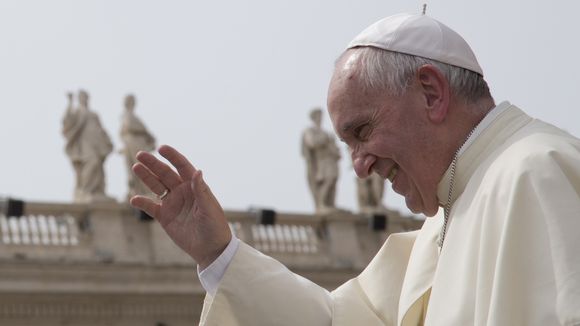 As my yearlong research leave from the Divinity School was winding down this past summer, I found myself imagining how I might put some of the resources in my endowed chair to work for the benefit of our school and the wider community. The notion first came to me in late May on a long homeward drive south from New York City, where I had been occupying a visiting academic chair at Fordham University. The specific content emerged just a few weeks later, as Pope Francis published his highly anticipated encyclical on climate change, “Laudato Si: On Care For Our Common Home.” As I gave the lengthy document a first read, I could readily see that the pope’s explicit audience—all people on the planet—and his methodological approach—integrating the Church’s social teaching, ecumenical sources, and research from the scientific community—altogether promised good theological-ethical and interdisciplinary discussions at Vanderbilt. Even as I began planning a series of events for spring term 2016, a general invitation to faculty and graduate students appeared in my inbox: Professor Beth Conklin (chair, Anthropology) was heading up a special university-wide initiative on climate change for AY 2015-16 called “The Eos Project” (http://eosprojectvu.org/ ). Divinity student John Compton generously expressed interest in working with me, and in September we were accepted into the circle of Eos Fellows (http://eosprojectvu.org/people/ ).

In his own VDS Voices blog entry earlier this semester (1/20/16), John Compton well summarized the content and objectives of Pope Francis’s ecological encyclical: “Over the span of 184 pages, Pope Francis ardently criticizes the rampant consumerism and individualism so characteristic of our late modern society while maintaining that caring for the environment is central to the Christian faith. He repudiates interpretations of Genesis that call for human domination of the earth and urges us to cultivate and protect the earth to which we are intimately tied. Francis situates this encyclical in a long tradition of Catholic social teaching by emphasizing that care for the earth is care for those suffering from poverty. This emphasis remains central to Pope Francis’s ministry because he recognizes that everything in creaturely life is connected. The suffering of the earth, those living in poverty, and the actions that have caused them (both quotidian and monumental) are related to one another.”

The first event of our spring semester’s series, “On Care for Our Common Home: Engaging Pope Francis’s Ecological Justice Encyclical,” a January 22nd panel discussion including a environmental philosopher, John Compton, and myself, had to be canceled due to the snowstorm that paralyzed Nashville that day. While that turn of events was disappointing, we were nonetheless excited to learn of the broad interest in the discussion of the encyclical it generated (including print and web articles in The Tennessean, The Tennessee Register, and various Vanderbilt platforms). Heather Lee, our Divinity faculty assistant, relayed to me numerous inquiries about the talk, its cancelation, and the possibility of rescheduling. While the latter was not possible, we looked ahead to a larger event planned for our semester-long engagement with the encyclical: a two-day speaker series—March 17-18—bringing to campus leading voices in a new generation of social ethicists.

On Thursday, March 17, Part One of “On Care for Our Common Home: Engaging Pope Francis’s Ecological Justice Encyclical” will feature Kevin Ahern, assistant professor of religious studies at Manhattan College, who will deliver the lecture, “The Ecological Common Good and the Globalization of Indifference.” Professor Ahern is a specialist on the relationship between common good tradition and our present globalizing context. In addition to his book-length treatment of the topic, Structures of Grace (Orbis Press, 2015), his other books include The Radical Bible (Orbis, 2009) and Visions of Hope: Emerging Theologians and the Future of the Church (Orbis, 2012). Responding to Professor Ahern’s lecture will be:  1.) Professor Carwil Bjork-James (Anthropology), whose research interests include collective rights and strategic social action; and 2.) Professor Michael Vandenbergh (Law), a leading scholar in environmental and energy law.

On Friday, March 18, Part Two of the lecture series will feature Nichole Flores, assistant professor of religious studies at the University of Virginia, with her talk, “’Our Sister, Mother Earth’: Promise and Challenges in an Ecological Vision of Family.” Professor Flores’s research emphasizes the contributions of Catholic and US Latino/a theologies to notions of justice within plural socio-political contexts, addressing such issues as migration, consumption, ethnicity, and family. Professor Flores’s respondents include: 1.) Dean Emilie Townes (Divinity), whose broad interests in Christian ethics, culture, and postmodernism include critical attention to womanist perspectives; and 2.) Professor Douglas Perkins (Human & Organizational Development, Peabody), a leading researcher in the areas of community psychology, criminal justice, and family and consumer studies.

Both lectures on March 17 and 18 will take place from 3:30 to 5:00 pm in Divinity G23, followed by receptions in the Common Room. Click here for series details and here for participant details.