Posted by Michelle Bukowski on Sunday, April 17, 2016 in Read This Book.

Each month, we ask a member of the Vanderbilt Divinity School faculty to recommend a book they are currently reading. Our March recommendation is offered by Graham Reside, Executive Director, Cal Turner Program in Moral Leadership for the Professions and Assistant Professor, Vanderbilt University Divinity School. 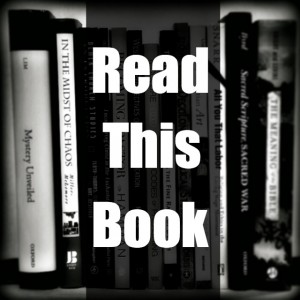 Since 9-11, scholars from across the disciplines have sought to locate the etiology of contemporary violence within the soul of religion.  And why not?  It seems that each day we hear of another egregious act of violence committed in the name of God.  Whether it is suicide bombers crying Allahu Akbar, or American politicians taking recourse to religious rhetoric to describe their justifications for war, religion has come to play a central role in our current political drama.  As I began to reflect on the nature of religiously based violence in the context of religion and globalization, my colleague and friend, Professor Melissa Snarr, recommended I read William Cavanaugh’s book, the Myth of Religious Violence.  This book provides an important brake on the idea that religion is somehow genetically and uniquely violent.

Cavanaugh examines theories of religious violence, noticing three basic themes: 1) Religions are absolutist; 2) Religions are divisive (creating an “us and them”); 3) Religions are irrational.  Together, these “truths” mean there is no hope for reasoning toward compromise or agreement.  Under these conditions, the argument goes, religiously motivated violence is ever a temptation.

Cavanaugh challenges this view.  First, he demonstrates that these three tendencies are hardly limited to religion.  But second, he argues that the myth of religious violence – the idea that religion is particularly prone to violence – is part and parcel of the legitimating ideology of secularity.  According to secularity’s myth of religious violence, the West’s invention of secularity provided an alternative to religious violence.  By dividing religion from State, and situating the religious in the realm of the private, the secular solution put an end to religious violence.  This prescription remains operative today.  This is perhaps best articulated in the common argument that for peace to prevail in the world we must await a Muslim Reformation, which would separate religion into the private and introduce the secular solution.  For like Europe in the 16th century, the Muslim world’s problem today is too much religious fervor, and the cure will be privatized religion and more secular rationality.  I admit this has seemed persuasive to me, as I have listened to the stories of religiously motivated violence, from ISIS to Al Qaeda to Boko Haram;  however, Cavanaugh reminded me that the secular is hardly the peaceable alternative it pretends to be.  Violence can and does come in secular forms, as wars, drone strikes, colonial ambitions, economic immiseration, and state-sponsored killing demonstrate.  It may be true that most Americans will no longer kill for the God of the Bible, but most remain willing to kill for Country (or to have the State serve as their agent).  But do the dead care about the legitimating institution?  This is why Cavanaugh refers to the myth of religious violence: not that there is no violence done in the name of religion.  Of course there is.  But focusing on religion as somehow uniquely prone to violence obscures from view the much broader reality of violence in its secular forms.  Secularization represented the transfer of the authority for violence from religion to the State.  It did not, in fact, represent a diminution of violence itself.  Ask those on the underside of globalization about the source of the violence they experience and they will point to economic and political forces.  Ask African Americans in this country about the source of violence, and often they will point to our (secular) Police State, and not to some prophet calling for religious purity.  Religion is not exempt from the accusation of violence, but neither is it uniquely violent.  And focusing on religious violence, according to Cavanaugh, is the secular magician’s trick, concealing the gun held in the other hand.  Violence comes in many guises.  As religious people, we would be wise to recognize our own tendencies toward violence, but we also should be prepared to draw back the curtain on secular forms of violence as well, while bearing witness to the peaceable alternatives, which remain elemental to our faiths.