The end and the beginning

Read a blessing for the imposition of ashes >>

An Ash Wednesday reflection by the Rev. Laura M. Cheifetz

Some say the only constant is change.

Others say the only constant is God, the holy that surrounds us.

Truly, the constant is white supremacy.

It binds us together because none of us are free of it, not even those of you who slide under the radar.

Feb 19th is the Day of Remembrance, the day FDR signed 9066, imprisoning Americans of Japanese descent.

White supremacy removed 120,000 people, men, women, children, citizens and aliens ineligible for citizenship, entire communities, displaced from farms and cities and small towns to the horse stalls at fairgrounds, and then to hastily-constructed desert prisons – my grandmother, her father, and their neighbors registered as a single family so they wouldn’t be separated, reduced from complicated relationships to an assigned number they wore on their clothes. Before leaving, my grandfather buried his most precious possession, and at 13 years old, it was his bb gun, out in a field, to keep it so safe he never found it again.

San Francisco’s Japantown was emptied out by white supremacy, and those empty apartments filled by Black people moving into the Fillmore, leaving the Jim Crow South as shipbuilding and other wartime jobs became available. They were the first to lose their jobs as the war ended and white men returned.

We who experience vulnerability because of who we are, because of our bodies and the people who survived so we could be here, are bound together

And we have a choice – to play oppression Olympics, to measure pain over pain, to turn against each other because of our powerlessness against white supremacy and its primary beneficiaries, on our enraged insistence that the specificity of violence against each of us nullifies our togetherness in it

Or we can choose solidarity

We thrive in spite of it all

Because we are created in the image of God

Even in prison camps, Japanese Americans made art, got married, had babies, chose resistance, and two generations after, choose solidarity, showing up for Muslims in the wake of 9/11, Latin American asylum-seekers in detention centers, Black Lives Matter

Black trans faithful people make prayer, bring beauty, are generous in their living witness, reflect the sacred among all of us, and show up in ways the world does not deserve 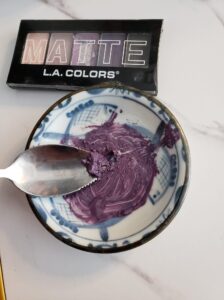 Ashes are creation, too

On Ash Wednesday, we who are a part of this family of faith may take the joy and resistance of Palm Sunday, carrying it throughout the year so it becomes the sign of the cross, of a claimed-ness, on our foreheads

we entreat you on behalf of Christ, be reconciled to God. 21For our sake he made him to be sin who knew no sin, so that in him we might become the righteousness of God.

6As we work together with him, we urge you also not to accept the grace of God in vain. 2For he says, “At an acceptable time I have listened to you, and on a day of salvation I have helped you.” See, now is the acceptable time; see, now is the day of salvation! 3We are putting no obstacle in anyone’s way, so that no fault may be found with our ministry, 4but as servants of God we have commended ourselves in every way: through great endurance, in afflictions, hardships, calamities, 5beatings, imprisonments, riots, labors, sleepless nights, hunger; 6by purity, knowledge, patience, kindness, holiness of spirit, genuine love, 7truthful speech, and the power of God; with the weapons of righteousness for the right hand and for the left; 8in honor and dishonor, in ill repute and good repute. We are treated as impostors, and yet are true; 9as unknown, and yet are well known; as dying, and see—we are alive; as punished, and yet not killed; 10as sorrowful, yet always rejoicing; as poor, yet making many rich; as having nothing, and yet possessing everything.

Ash is the end and the beginning

It is death and sparkles

It is art made behind barbed wire, of fruit pits, gardens made of rocks, jewelry made of scavenged prehistoric seashells and mail-ordered nail polish. It is fresh vegetables grown on an abandoned lot, prayer emerging from grief and belovedness, beauty and joy knowing how very close we are to death. It is insistence upon showing up, gorgeous and free, no matter what.

As the prayer says: 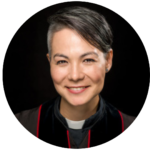 Laura Cheifetz is the assistant dean of admissions, vocation, and stewardship at Vanderbilt Divinity School. She is multiracial Asian American of Japanese and white Jewish descent. She was the fourth generation of her family to be born in California, and grew up in eastern Oregon and western Washington. Laura and her partner, Jessica Vazquez Torres, the National Program Manager for Crossroads Antiracism Organizing & Training, live in Nashville, Tenn. with two rescued Shih Tzus. They enjoy all their nieces and nephews, and hope to be such fabulous aunties that the kids smuggle good booze to them in their retirement home. In their free time, Jessica bakes and Laura delivers the baked goods to friends and neighbors.