the power of words to harm and heal 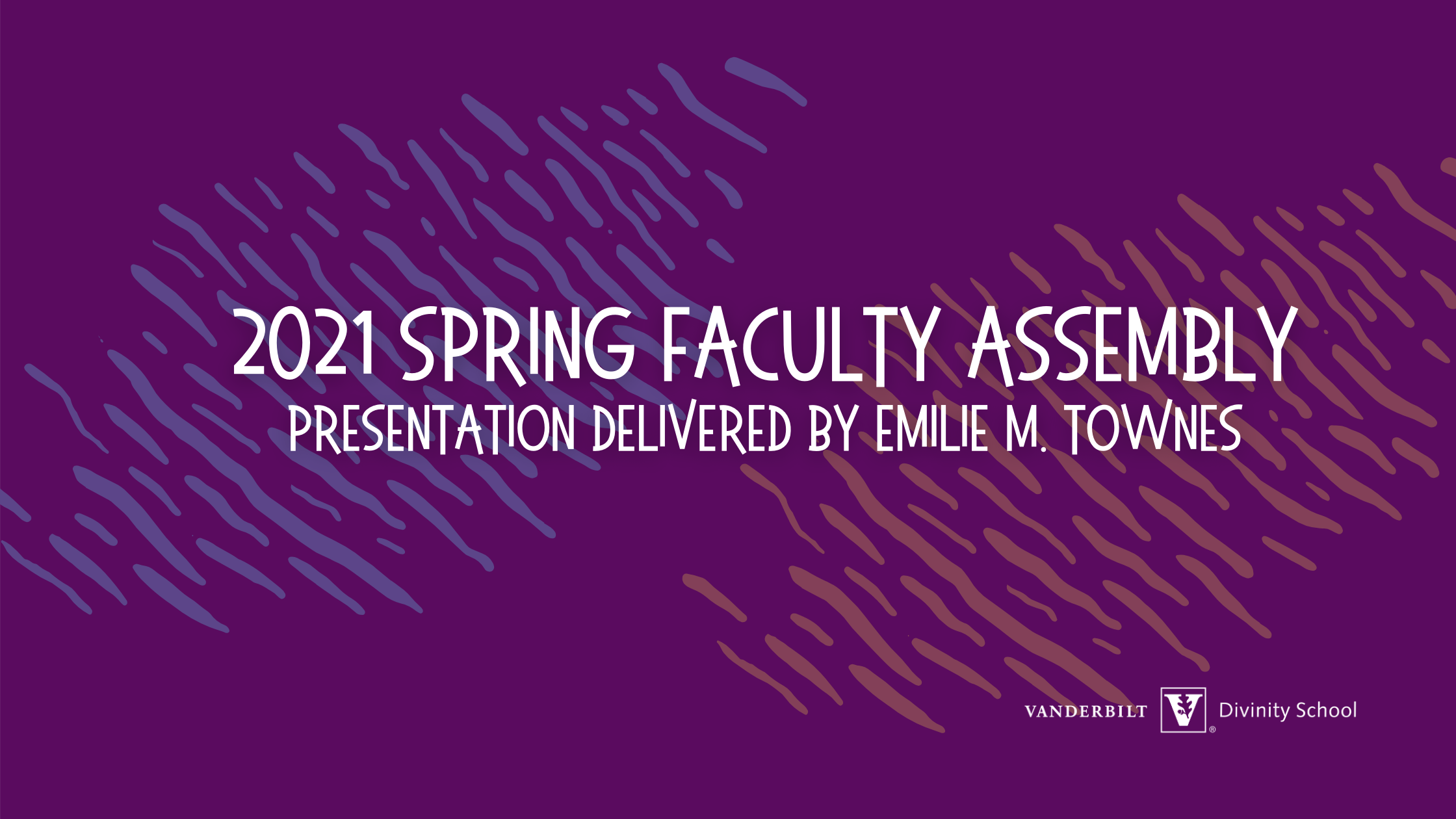 download a PDF of this presentation with its original formatting.

perhaps you are familiar with this childhood chant: sticks and stones may break my bones, but words will never hurt me

i remember my teachers, grandmother, parents, aunts, and other mothers teaching it to us when we were growing up

of being labeled ugly or gay or too smart or naïve

the other day, i recalled this old adage when it was used in a senior paper i was reading and preparing for the student’s oral defense

i do not think it coincidental that one of the earliest, if not the earliest citation of it is from a US religious periodical that had a largely black audience, The Christian Recorder of March 1862, though i suspect its origin is much earlier than this

this verbal signification was a way to preserve the inner person

but from our 2021 perch, this can appear to be a rather thin defense against systematic “isms” that have been woven into the threads of our lives and scholarship and sometimes enters our classrooms

to say that hurtful words may not cause physical pain and because they do not, one should ignore or disregard them

as a sometimes grumpy social ethicist, i have an investment in the systems and structures that shape us as we shape them to be just and to try to suss out what we mean by powerful notions such as “the common good” or “academic freedom”

and then it came to me: this old adage was a holding pattern for us

some confidence in our worth

and if safe to do so—call out the lie and the constellation of stereotypes and caricatures that hold that lie in place
much of my work over these last several years has been exploring the nature of stereotypes that demean and draw what i think of as hellish caricatures of black folk, particularly black women and children

these names and others that call Asian groups, indigenous groups, ethnicities, nationalities, citizenships, genders, sexualities and more out of their name are meant to define, categorize, commodify and dismiss the complexity of lives that we often do not know, but have glimpses of

and assume that the glimpse is exhaustive

these negative, demeaning caricatures/stereotypes and other stereotypes based on other races and ethnicities, genders, nationalities, sexual orientations, age, political persuasions, religious beliefs, theologies are products of our imagination gone wrong

if we say it enough, even when not true, we begin to think it accurate and representative and ultimately fact

the caricature moves from simplification and exaggeration to policy and religious tenets or in the case of aunt jemima—to pancake, waffle, and cornmeal mixes, grits, and syrup

she was not a historical figure—house slaves were, for the most part, mulatta or quadroon—not dark-skinned

they were not fat—even though working in the plantation house, servants were not guaranteed an abundance of food, so few were stout

and from the moment she was introduced by the Pearl Milling Company of St Joseph, MO in 1888 for the first commercial pancake mix, black folk and allies protested her existence because she was not accurate nor true

finally, Quaker has announced that it will remove the Aunt Jemima icon—who did go through several iterations—from its packaging and change the name of the brand in 2020

now going back to its original name, Pearl Milling Company, this summer she will finally be gone from the packaging

words can harm but they can also heal

and this is where we in the academy can be helpful, if not necessary as we engage in putting the knowledge we have into public spaces and are constantly learning to help create a democracy that we can live in

from Winthrop’s city on a hill

to Hoover’s chicken in every pot

to Eisenhower’s peace and prosperity

to Haaland’s only one earth, let’s take care of it

to Amanda Gorman who reminded us

Thank you for your attention