Act I
N. Frye: Gentlemen, what are we to make of Franke’s Preface?
H. Bloom: Dr. Franke has pulled off a coup de critique.
F. Kermode: He’s made himself impregnable.
F. R. Leavis: He wants to have his truffles and eat them too.
J. Derrida: Clever bastard.Â  If he were here, I’d take him apart.
Dr. S. Johnson: How shall we put it?Â  I’d say the essays that follow the Preface
are a peculiar kind of poetic composition.
E. Pound: I canto say I disagree with you.
HB: Good point, Dr. Johnson.
NF: They defy proofreading.Â  Don’t you agree, Ezra?Â  No one could proof one
of your cantos.
EP: Word for word, pound for pound, you’re correct and I canto disagree.Â  The
proof is in the pudding—
HB:Â  And we’re not sure what’s in Franke’s pudding.Â  Indeed, we cannot critique the essays.
Would we be critiquing poetry, interpreting it?Â  In that case, we would be writing literary
criticism.Â  If we wrote a review, would it be of the essays as literary criticism or as poetry?
FRL: Franke wants to have his cake and eat it too.
JD:Â  Clever SOB.Â  If I were in his house, I’d deconstruct it.
HB: Coup de critique.
NF: Enough with the French, Harold.Â  Are the essays speculative philosophy?
FK: Franke may think they’re revelation since he thinks they’re poetry.
FRL: What about his shtick about “secularized theological revelation”?
Dr. J:Â  Holy Shtick!Â  It’s mundanely divine, divinely mundane. Â  It’s simultaneously black
and white, it’s A and not A.
NF: The first sentence of the Preface is a mind boggling contradiction, oxymoron, and
revolutionary provocation.Â  Lock and load, gentlemen.
EP: Yes, we must give Franke credit for that.Â  Also in the Preface he creates great suspense.
Will he be able to pull off his claims in the essays?Â  If he does, he has walked the Grand
Canyon blindfolded on a tightrope.
HB:Â  And if he doesn’t?

EP:Â  We are in a state of suspense.Â  Such a state will tease the curiosity of Agatha Christie.

But, of course, there will be others who hope for a big flop.
HB:Â  Ezra, are you talking about me?
EP:Â  If the shoe fits—
Dr. J: Hear ye, hear ye.Â  Get a grip.Â  It seems to me Franke is making too much out of the
fact that theological revelation and poetic revelation both result from a higher consciousness.
And that one secularizes the other and the other divinizes its antipode, if you get my
meaning.
NF: Also I think it’s pretty well known that language can be a symbol that mirrors a higher
reality.
JD: No one can disagree with the obvious.Â  Underneath, it’s just an analogy between divine
revelation and poetic revelation.Â  “Functioning as revelation” is not revelation.
FK: Longinus already covered this waterfront.Â  And before him in spades so did Plato.
EP: It may be that Franke is mad.
FRL:Â  Could be.Â  Plato said, “The best things we have come from madness.”
NF: We are all agreed then that Franke lies beyond our ken?
ALL:Â  D’accord. As Plato said, “The body prevents us from seeing the truth.”
Northrop Frye: We all agree, then, that we may be mything Franke’s point.
Act II

by Ezra Pound.Â  That is, by moi!
Dr. J: But there is some confusion here.
HB:Â  Yes, in one place Franke says Dante is medieval.
NF: In another he says Dante and Chaucer are modern.
FK: What does he mean by “modern”?
FRL: And in another that Dante is the progenitor of the modern.
JD:Â  You guys are splitting hairs.Â  By the way, is there any reason for his using self-reflection
one place and self-relectiveness in another?Â  Also self-reflexivity?

EP:Â  If postmodern is correct, why does he use pre-modern?Â  Being a modest modernist, I like
premodern/postmodern.
HB: Although I’m rarely confused about anything, why do we have “divine Truth” then “truth
of Scripture”?Â Â  What about re- words: reexamines but re-actualizing?
Dr. J: Enough, gentlemen.Â  Enough.Â  You are piling on.Â  This is not fair.
NF: You’re right, SJ.
Dr. J: Never forget that the soul which attempts to examine anything with the body is always
deceived.Â  Let us live in a state as close to death as possible.Â  Only then, as Plato said, will
we attain wisdom.Â  Only then will we understand Franke.
Fin

A propos A Philosophy of the Unsayable

I Knew Language Was A Lie

A poetic response to and interpretation of Franke’s wonderful book:

What is love but the love of secrets?
What is fear but the fear of secrets?

I knew language was a lie
When I looked into your eyes
And saw that liquid glance
Boiling into you what I can never have
Patience is swifter than desire that
Races for words, arriving already at
The secret that will never speak

A propos On What Cannot Be Said 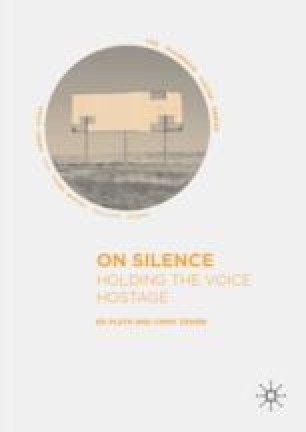 In this chapter, we contrast a Lacanian approach to silence and language with another historically significant approach to the topics, studied and presented in detail by William Franke in a series of books, which we call apophatic discourse. We determine that the silence portrayed in this discourse is an imaginarized, impossible object, and we discuss how it manifests in some clinical cases Lacan discussed (Dora and the Papin sisters) as well as in his formulas for sexuation.