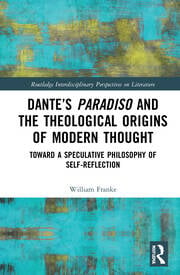 “With his characteristic creativity, originality, and humane learning on full display, William Franke reconsiders the historical role of self-reflection in human language and thought. This book explores how self-reflection emerged as one of the chief characteristics of the modern age, often devolving into self-enclosed narcissism. Through an immersive study of language, lyric, and theology in Danteâs Paradiso, Franke charts a way out of modern cultural narcissism by developing Danteâs model of self-reflection as a way of opening the self up to others and even to the Divine. Frankeâs bracing and compelling argument is sure to be a major contribution to theological studies of Danteâs Divine Comedy by giving readers a Dante they can think with about the problems and possibilities of life in modernity.”

********
“Franke has long been a pathbreaker in Dante Studies. The current book is a tour de force demonstration that he continues to play that role. The connection he skilfully interweaves between Danteâs absolute mastery of the lyric style of poetry and the modern crisis arising from the inner ambiguity of “self-reflection” at the origin of language and self-consciousness will prove an immensely fruitful focus of discussion, not just regarding Dante, but in philosophy of the person, comparative literature and cultural studies generally.”

*************
“Both rigorous and evocative, this book provides a powerful invitation to recognize in Danteâs Paradiso resources for profound philosophical and theological illumination. Franke shows that Danteâs lyric language can help shatter â towards transcendence â the sterile self-referentiality that characterizes much modern thinking.”

“Beyond its considerable value as a thoughtful and thought-provoking study of lyric self-reflexivity and transcendence with Dante as a focal point, Frankeâs book will be an important resource for scholars in a wide array of areas in literary criticism, literary theory, and philosophy.”

“In Danteâs Paradiso and the Theological Origins of Modern Thought, William Franke fruitfully explores the entwined questions of possibilities and perils of self-reflection and narcissism. Narcissism becomes, in this book, the major textual clue and theoretical term for exploring the Dantean and Scotian alternatives to the pre-modern history of modern metaphysics and epistemology. Pursuing this clue, Franke begins from the thought that, if the world is nothing but a specular image of the divine, then Godâs relationship to the world can be understood to some degree as fundamentally narcissistic. However, as Franke also shows, it is also possible to see in the Dantean and Scotian alternatives different ways in which human imitation of that narcissistic relationship can play out. In exploring these alternatives, Franke offers a fresh and intriguing approach to his already significant contributions to two genres of recent work in Dante Studies: work motivated by methodological commitments to contemporary critical theory and work on Danteâs theology.”

Jason Aleksander, Professor of Philosophy and Associate Dean of Faculty Success and Research, College of Humanities and the Arts, San Jose State University

Franke’s book offers an instructive and creative development in Dante studies, but the book’s relevance and impact stand to extend much further into contemporary philosophy of mind, theological studies, and literary history. . . .Â  The breadth of the book’s engagement with such varied fields and scholarly traditions only sharpens the clarity of the argument. With each incorporation of a new intellectual voice, Franke’s tapestry of interlocutors enriches the details of the overarching project and its original contributions. In that spirit, Franke’s book is especially valuable as a rallying cry to take Dante seriously as a conversation partner for some of the most vital philosophical questions of our time. If Dante is indeed one of the architects of a distinctively modern form of self-reflexivity, as Franke persuasively maintains, then this book suggests how Dante can nourish contemporary reflections on how we think about our thinking, reflect upon our reflection, and look at the mechanisms by which we may discover others in discovering ourselves. 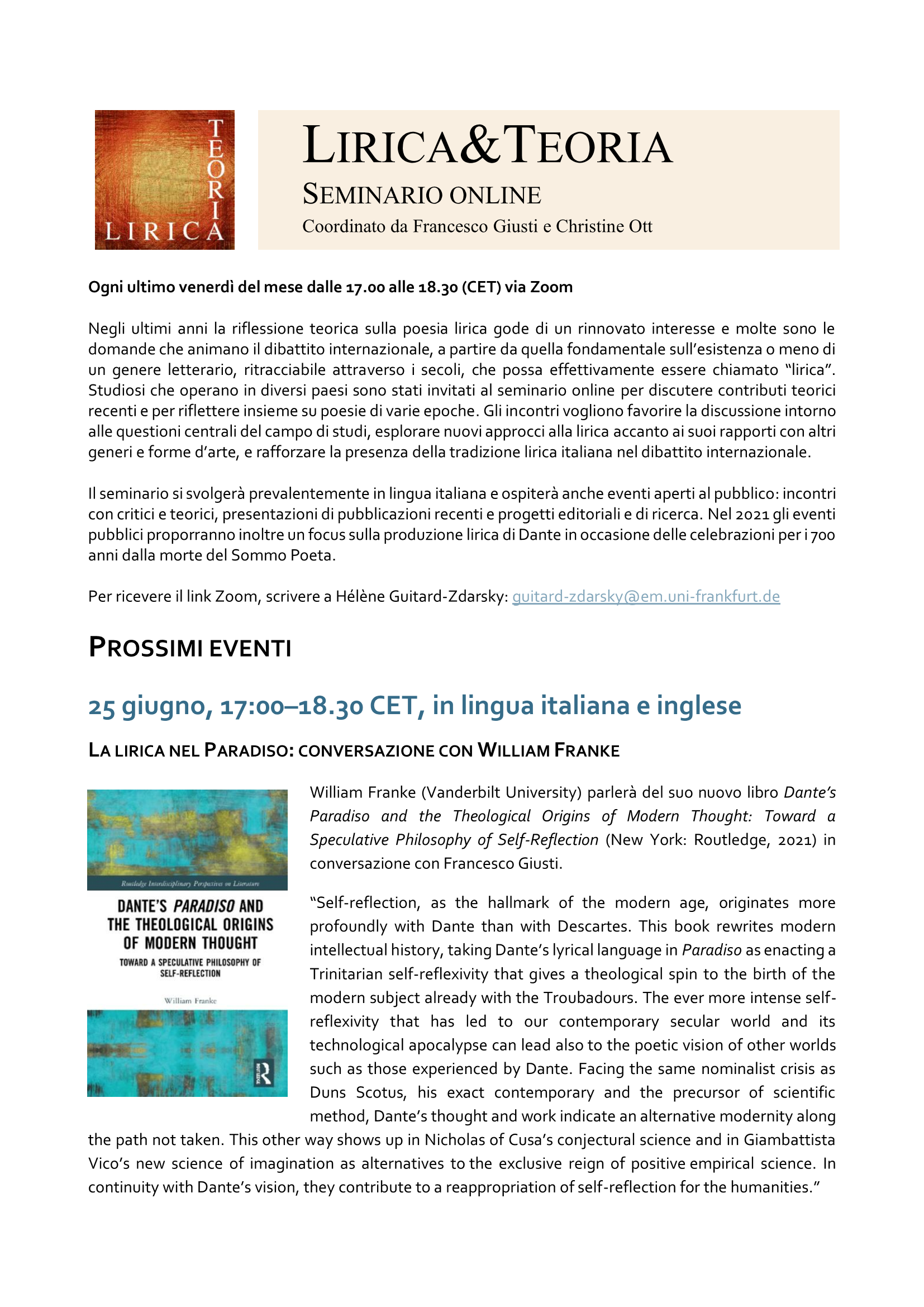 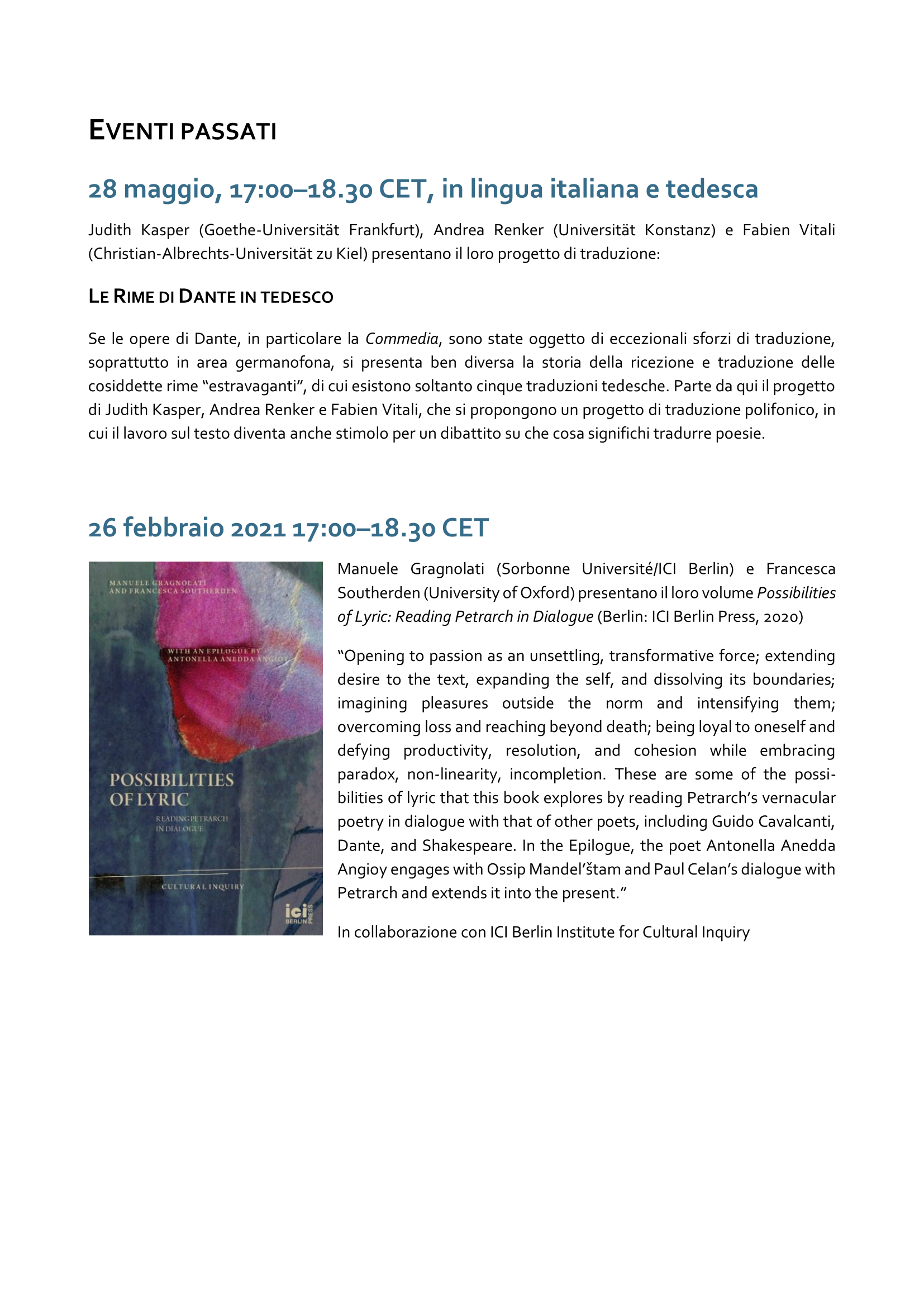 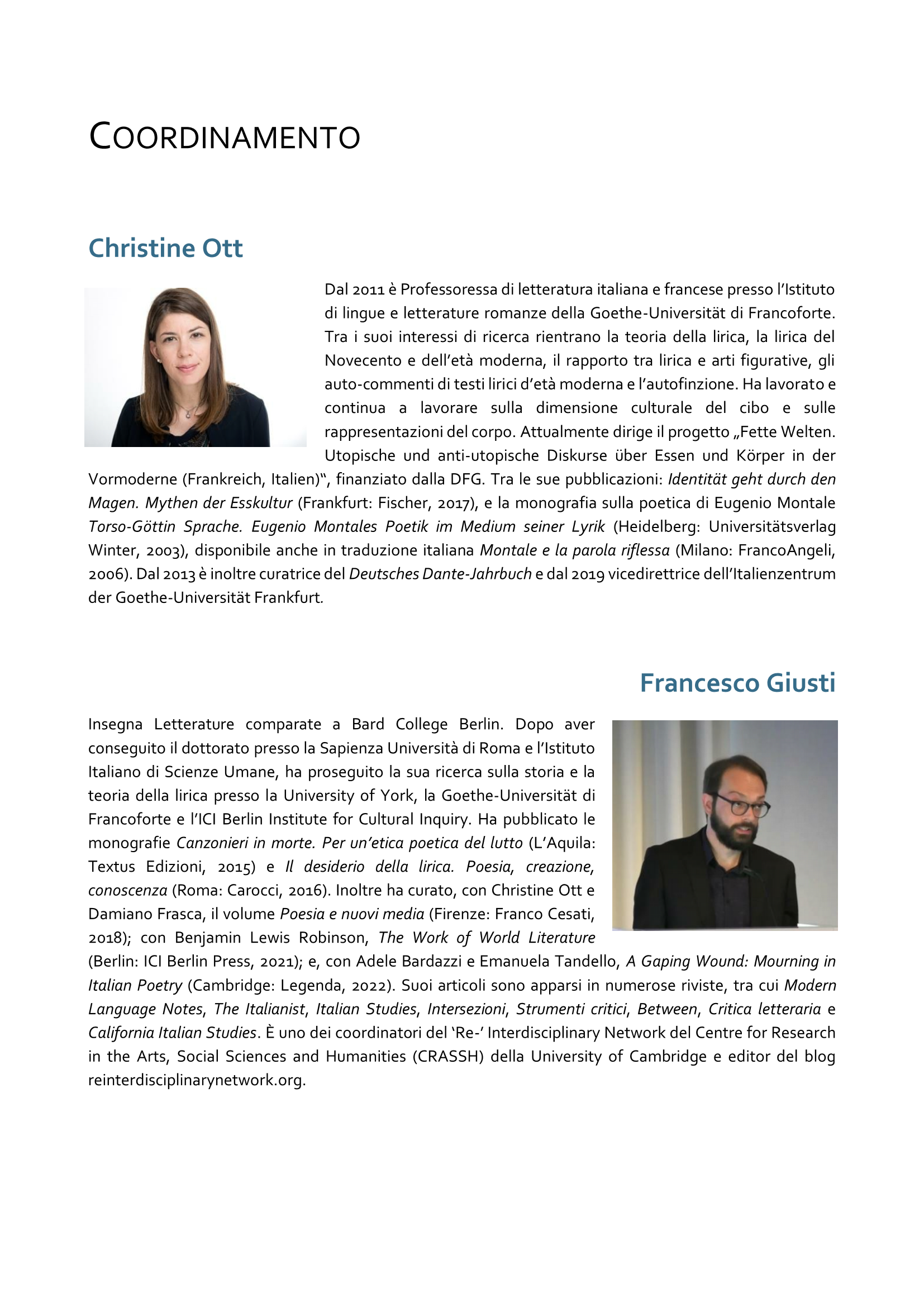