Â Â Â Â  Over the past several decades, Italian philosopher Giorgio Agambenâs work has attracted a growing amount of interest spanning a wide range of disciplines in the humanities and the social sciences, including philosophy, literary theory, political philosophy, migration studies, security studies, geography, social and cultural studies of science and medicine, etc. The increasing recognition accorded to Agambenâs oeuvres has more recently resulted in the beginning of a serious dialogue about the transcultural aspects of his work, particularly with regard to the epistemological legacy of colonization, state-building, and revolution in the non-Western world. This conference aims to explore the enormous transversal potential of Agambenâs work by staging its transdisciplinary and transcultural dimensions. It is open to non-specialists (âspecializationâ defined here in relation to both Asia and Agamben) from any discipline interested in the mix and mutation of Asia and Agamben as a platform for transcultural investigation.

Too complex to characterize under a single rubric, Agambenâs work is probably best known for the Homo Sacer series of books and essays that trace out the contours of âthe logic of the exceptionâ that operates across discrete domains of modern experience. Sovereignty, as Agamben shows, is the name given to the forms of experience that adhere to an exceptional logic, beginning with the ontological status of the philosophical subject and extending directly through the political one. For Agamben, this is as much a foundational moment of Western civilization as a trajectory of historical development. Sovereignty itself, in its relation to social ontology, is not a modern invention. The specificity of modernity lies in appropriating the distribution of the exception between politics and life in such a way that the format of the exception is no longer invisible and/or concentrated in a single point in the social body, but has rather been generalized throughout the body politic, creating spaces of âpermanent exception.â 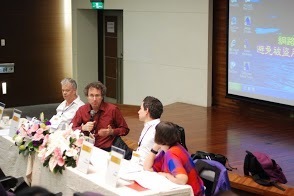