Welcome to the Pantelides Research Group!

Research Snapshot: New microscopy technique of electron distributions and theory unveils a feature that can shape applications of a class of quantum materials 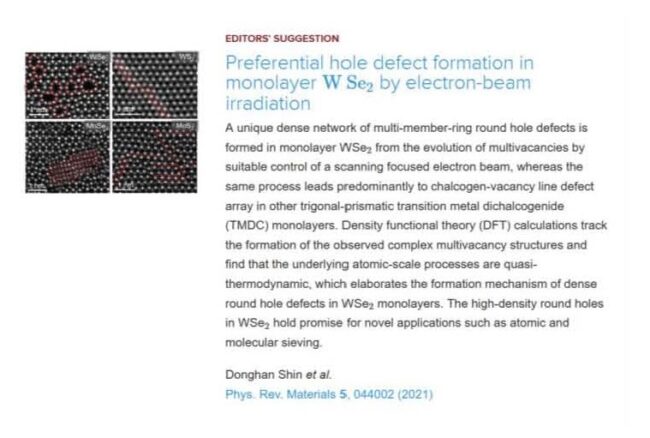 Professor Sokrates T. Pantelides Given the 2019 Award for International Scientific Cooperation of the Chinese Academy of Sciences on January 16, 2020 in Beijing, China 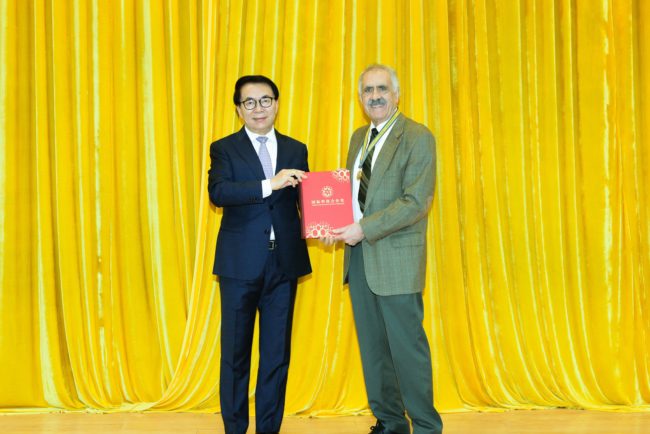 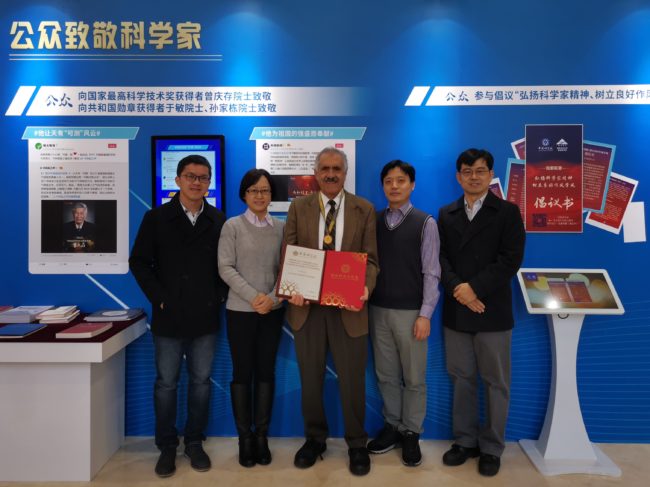 Professor Pantelides is pictured here with his collaborators after the award ceremony at the Chinese Academy of Sciences (CAS) on January 16, 2020. 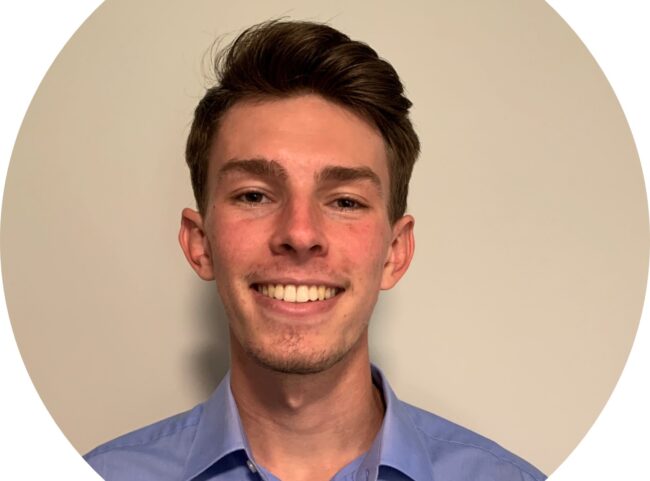 Nick Richardson, an undergraduate physics student at Fairfield University, Fairfield, CT, who spent the summer of 2020 as a research intern in our group under the National Science Foundation Research Education for Undergraduates (REU) program, received a prestigious Barry Goldwater Scholarship and Excellence in Education Award for undergraduates in the sophomore and junior level for his academic record at Fairfield and for his research experience at Vanderbilt where he was co-mentored by Dr. Andrew O’Hara and Professor Pantelides. Nick did a brilliant job in his nanoscience research project, which continued in the fall and spring semester and led to a talk at the prestigious American Physical Society annual meeting in March 2021. A paper on the project is currently being written. 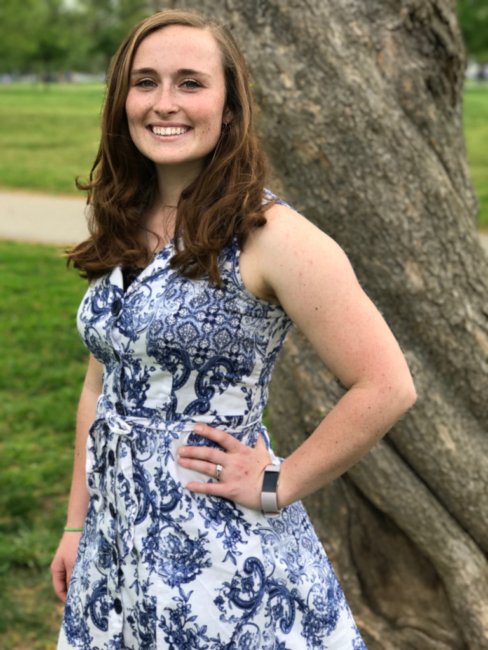 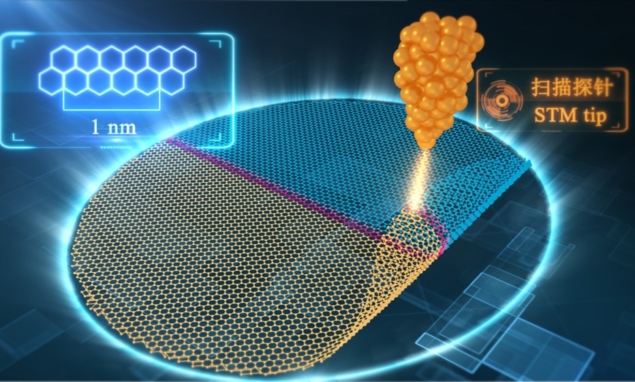 From the ceremony at which Professor Pantelides was installed as Distinguished Visiting Professor of Physics at the University of the Chinese Academy of Sciences in Beijing, China in June, 2016. 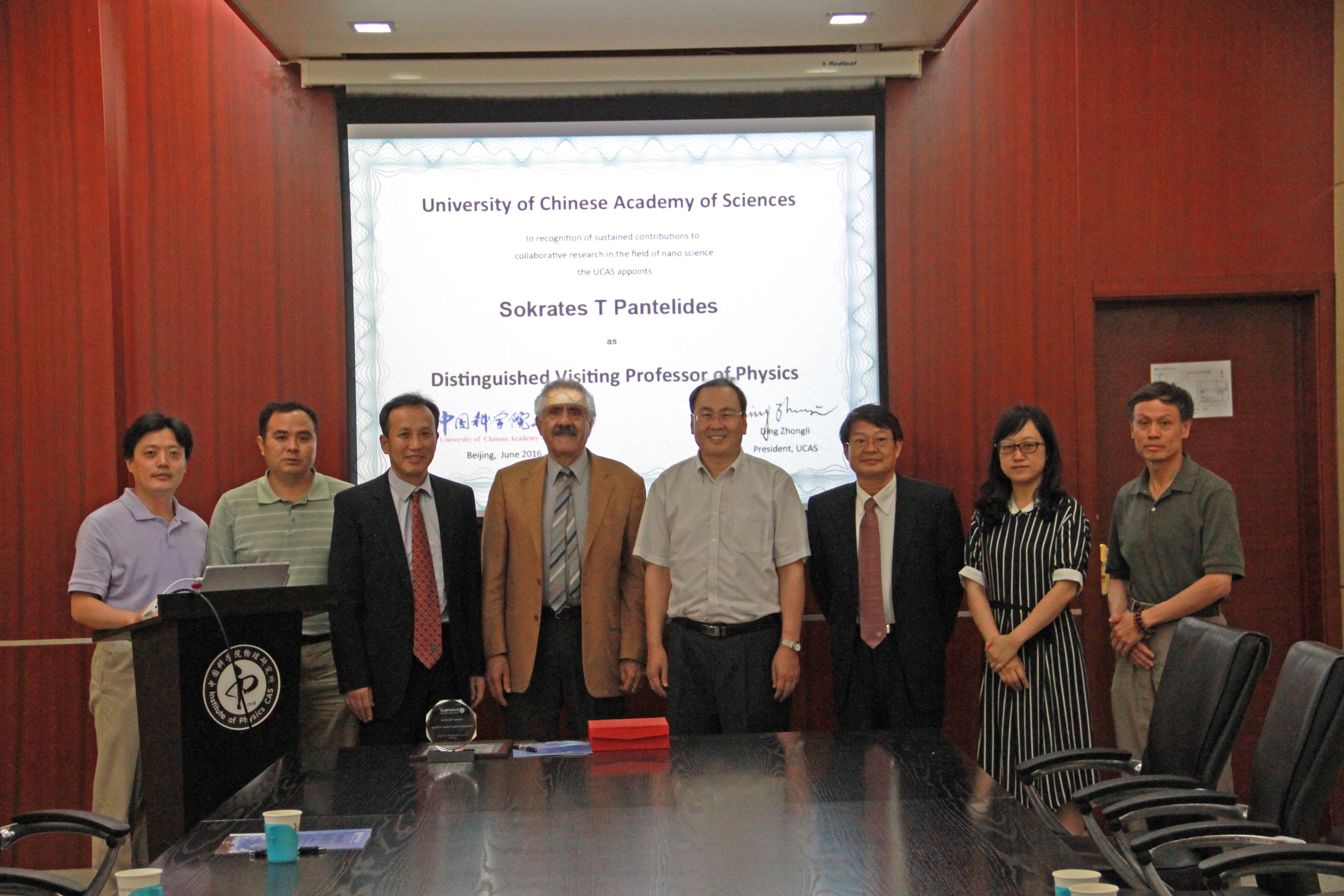 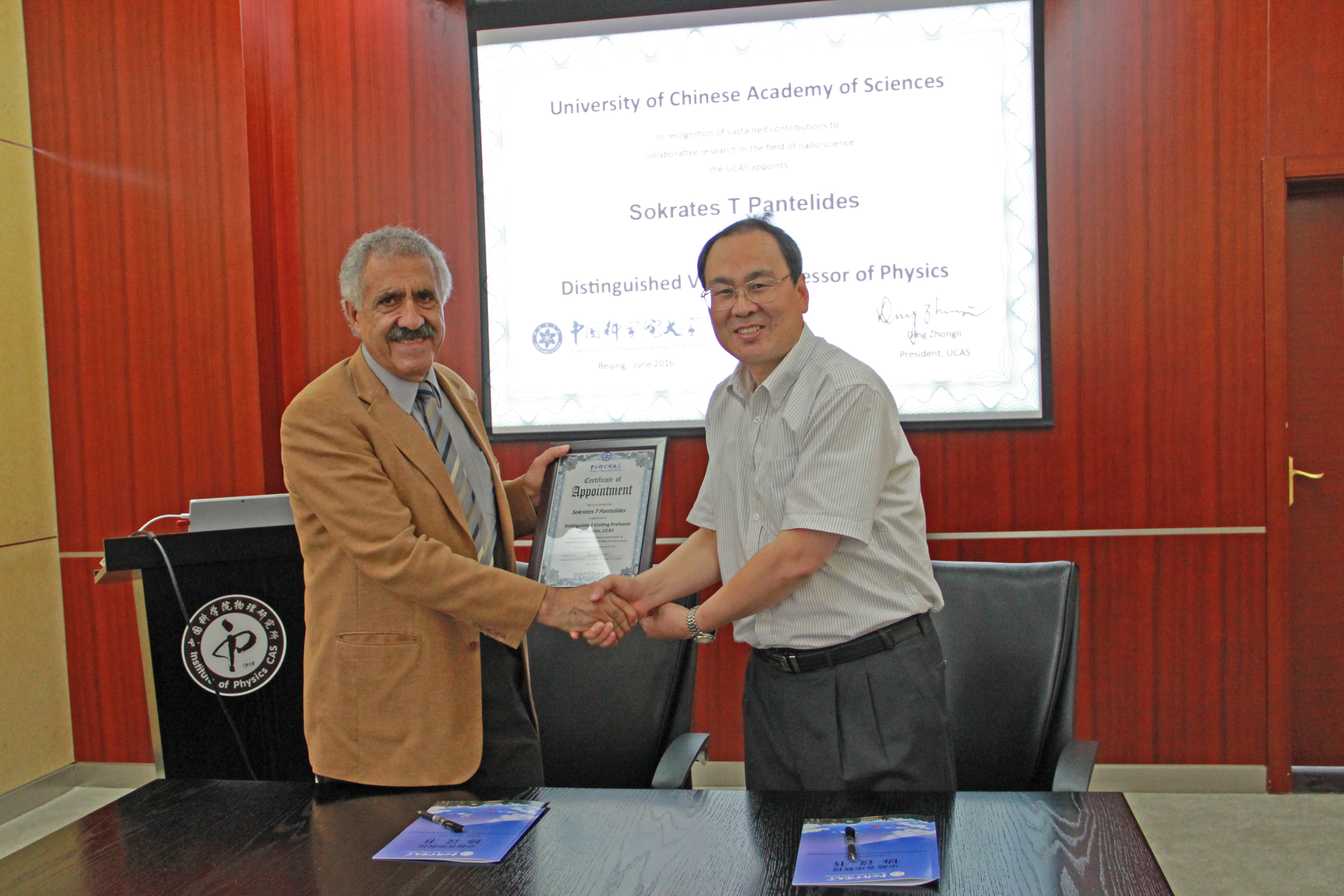 The University Vice President presenting the certificate of appointment.

Fellow, American Association for the Advancement of Science, 2003

This site uses Akismet to reduce spam. Learn how your comment data is processed.