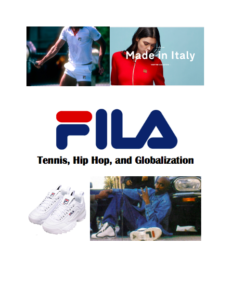 FILA is an Italy brand which was founded in 1911 in Northern Italy.  Overtime, FILA has evolved from a mountaineering company to creating sportswear and streetwear.  FILA has retained its Italian history and branding and continues to incorporate Made in Italy into its clothing today as the brand globalizes and is now based outside the country.  This page explores FILA’s history and evolution as a brand and its place in the streetwear and sportswear industry today.

Watch for an overview of the project! https://youtu.be/u7Jcun3fmF4 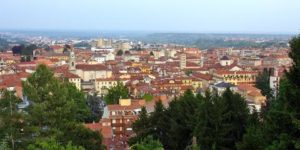 In 1911, the two FILA brothers opened a textile company in the small town of Biella in the foothills of Northern Italy.  The brothers took inspiration from the Italian landscape around them as they strove to produce luxurious fabrics. 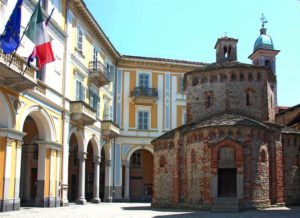 In 1923, FILA officially established itself as a knitwear manufacturing company, entering into a partnership with Maglficio Biellese and expanding outside of Biella. The company mainly produced textiles and also introduced a line of undergarments. In 1942, FILA merged with the Fratelli Fila company. By this point, the company had expanded outside its small town basis and even beyond Italy. 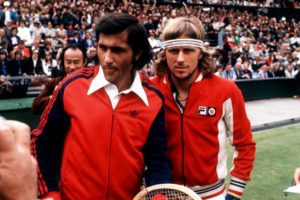 In 1968 Giansevero Fila hired Enrico Frachey.  The pair envisioned FILA as a sportswear brand, and together moved the company away from textile production and towards becoming a global sportswear brand.  The pair took note that athletics were becoming an essential part of how many Italians spent their leisure time, and reacted to this cultural change by shifting the brand’s focus. 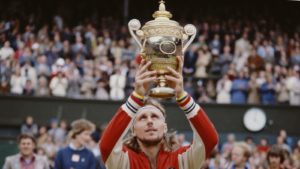 In the early 1970s, FILA forayed into the tennis industry. FILA sponsored many successful tennis players at the time, including Bjorn Borg, who won 5 consecutive Wimbeldons wearing FILA. Throughout the 70s and 80s, FILA had established its reputation as a respected brand in the world of tennis.  Before FILA, tennis clothing was typically all white. In 1974, FILA introduced bright colors and prints to the sport, and changing the face of tennis fashion and becoming a staple brand within the sport. 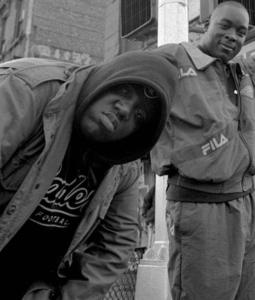 In the 1990s, FILA endorsed NBA star Grant Hill, attempting to expand the brand’s network in the United States.  At the same time, FILA become one of the first brands to produce luxury priced streetwear.  Track suits, sneakers, and other sporty attire became popular as general leisure clothing in Europe and the U.S. As basketball stars wore FILA, celebrities began to wear FILA as well.  Rappers such as Tupac and the Notorious B.I.G. were often seen wearing FILA and were included in FILA’s campaigns.  FILA’s brand came to represent high quality, casual street style.

In the early 2000s, FILA’s brand awareness and sales began to falter.  The Italian ownership sold the brand to an American hedge fund.  FILA was operated through a global holding company, except in South Korea, where Fila Korea remained independent.  In 2007, Fila Korea acquired FILA’s global brand. Today, FILA is headquartered and operated out of South Korea.

FILA in the age of globalization

Although FILA is based out of South Korea today, the brand retains its Italian heritage and influence.  In 2007, FILA partnered with Global Leading Brands House, an organization aimed at helping high end brands develop.  FILA established a headquarters in Milan, Italy. 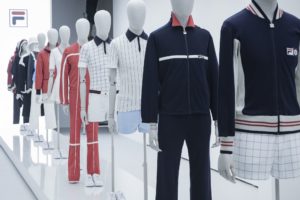 FILA recently released a “Made in Italy” clothing line, featuring clothing designed and produced in Italy. On September 23, 2018, FILA had its runway debut in Milan Fashion Week for the first time ever. Additionally, FILA has partied with Fendi, combining the signature FILA “F” logo with the Fendi name and branding it on bags and other accessories.

Returning to the Streets 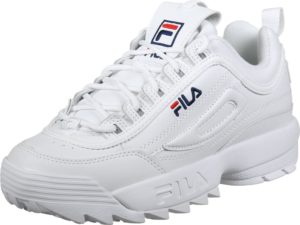 FILA has regained influence in streetwear and abroad as well.  FILA has seen success in South Africa, and has expanded throughout that market.  The brand recently partnered with Urban Outfitters, bringing it to a trendy and youthful audience. FILA has also relaunched its iconic sneaker, a staple of the brand during its peak popularity in the 80s and 90s.

The Future of FILA

FILA has evolved as a brand over the past hundred years and has adapted to trends of pop culture and global markets. As Italians engaged in more athletics, FILA shifted to an athletic wear company.  As street style became more causal in the 1990s, FILA was at the cutting edge of producing leisure clothing and outfitting the streets of Europe. Although the brand struggled at the turn of the century, its history of evolving to changing markets suggests the brand will adapt to modern markets. FILA has reestablished its name as a producer of high quality fashion, which was demonstrated as it had a show in Milan Fashion Week, and in the brand’s recent partnership with Fendi.  FILA is targeting its streetwear at youth in markets around the world, and their recent partnership with Urban Outfitters will expose the brand to a young and hip audience.

Given todays trends in fashion and streetwear, FILA’s revival could not come at a more perfect time.  In the past ten years, the athletic wear industry has grown substantially.  Brands producing athleisure, or athletic wear worn for leisure, have seen massive success.  Lululemon is an athletic wear brand which promotes a healthy, active lifestyle, at a time when being healthy is very trendy.  Yeezy, which is Kanye West’s brand, produced luxury priced athletic style streetwear. Yeezy is very popular among celebrities.  FILA produces high quality athletic wear and casual clothes. If FILA stands by their Italian history and continues to produce high quality athletic garments, it appears as though FILA will see revived popularity and success in the future.