One-half of the 2018 Nobel Prize in Physics was awarded in recognition of optical tweezers. Optical tweezers use a tightly focused laser beam to trap particles and have emerged as a powerful tool in biological research, providing the means to non-invasively manipulate microscopic objects such as biological cells. However, the diffraction limit precludes the ability to focus light to the nanoscale to stably trap nanoscale biological molecules such as exosomes, proteins, and DNA. Substantially 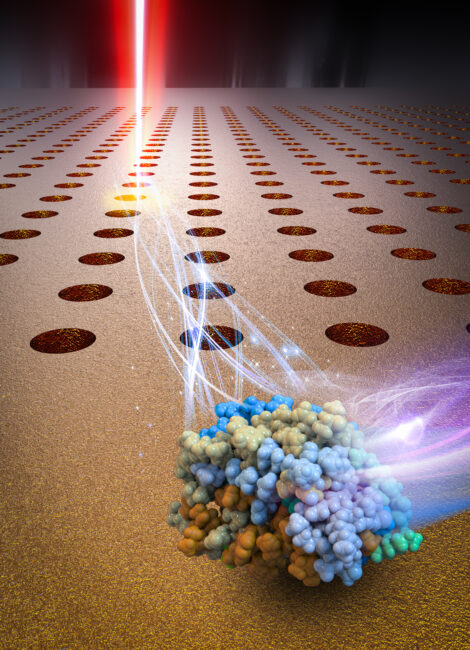 increasing the laser power could increase the trapping stability, but the substantial optical intensity required results in photo-induced damage to the nanoscale biological specimens.
Our goal: To address his challenge we are developing new optical nanotweezers that can ‘gently’ handle biological molecules. We have recently invented a new optical nanotweezers approach termed opto-thermo-electrohydrodynamic tweezers (OTET) that feature the trapping and manipulation of sub-10 nm biological objects at a distance far away from the
high-intensity laser focus, where they experience negligible photothermal heating and light intensity thus addressing the challenge of light-induced damage present in optical tweezers. This breakthrough accomplishment was recently published in Nature Nanotechnology and also featured by several media outlets including: Nature Research Highlights, The Independent, UK, Futurism, PhysicsWorld, and many others.

Extracellular vesicles analysis: Extracellular vesicles have emerged as a means for cells to communicate with neighboring or distant cells and have generated significant research interests. They contain important biological information molecules such as proteins, DNA, lipids, and miRNA that modify the physiological states of the recipient cells and are such understanding their biogenesis and biochemical properties is crucial towards understanding the pathogenesis of diverse diseases such as cancer, Alzheimer’s, and Parkinson’s diseases. Due to their small sizes (30 nm to approx. 150 nm), the isolation of nanoscale extracellular vesicles has been met with challenges.

Our goal: To develop new nanophotonics tools to isolate and study the biochemical and physical properties of the extracellular vesicles as well as their cargo content to understand their functional roles in cancer biology. We are also developing new tools to perform liquid biopsies of extracellular vesicles. 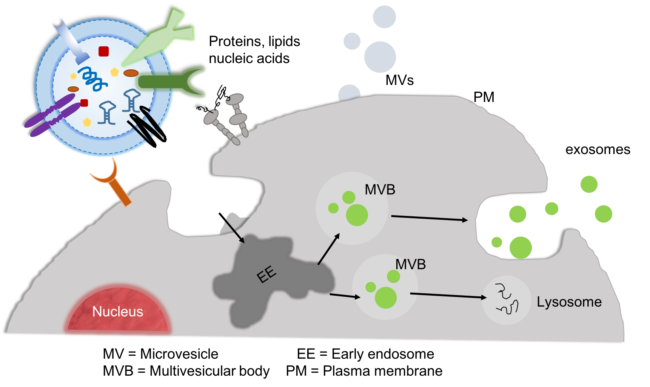 Nanophotonic biosensors for point-of-care diagnostics: A key interest is in exploring the life science applications of the devices we are developing. In this area, we design and fabricate novel plasmonic nanostructures and resonant dielectric structures for highly sensitive label-free detection of biological molecules. In particular, we design resonant dielectric nanostructures supporting quasi-bound states in the continuum collective super-cavity resonances, which results in an ultra-sharp resonance spectrum that can be tuned across the visible, near IR, and mid-IR wavelengths. The mid-IR absorption of biological molecules such as protein is an indication of the signature of the protein, as well as its primary and secondary structure that determines the protein function.

Our goal: To develop nanophotonic cavities and realize methods for integrating quantum emitters to the cavities towards the realization of ultra-bright single-photon sources that can operate under room temperature conditions.