A Theology of Literature

A Theology of Literature: The Bible as Revelation in the Tradition of the Humanities 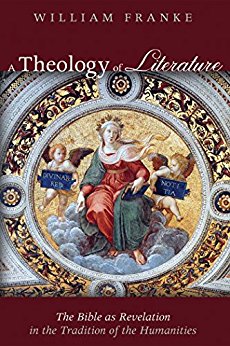 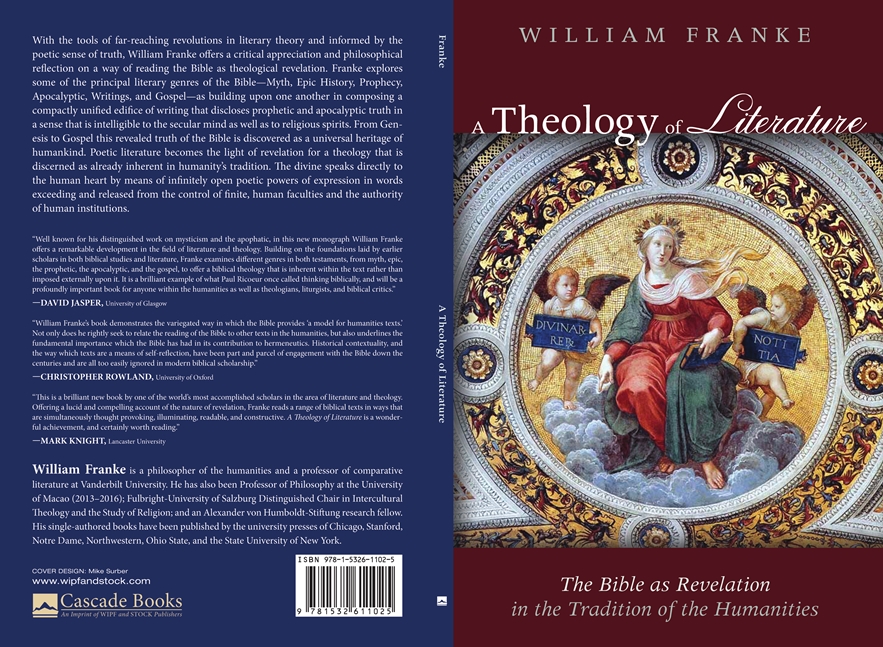 âWell known for his distinguished work on mysticism and the apophatic, in this new monograph William Franke offers a remarkable development in the field of literature and theology. Building on the foundations laid by earlier scholars in both biblical studies and literature, Franke examines different genres in both testaments, from myth, epic, the prophetic, the apocalyptic, and the gospel, to offer a biblical theology that is inherent within the text rather than imposed externally upon it. It is a brilliant example of what Paul Ricoeur once called thinking biblically, and will be a profoundly important book for anyone within the humanities as well as theologians, liturgists, and biblical critics.â
âDavid Jasper, University of Glasgow

âWilliam Frankeâs book demonstrates the variegated way in which the Bible provides âa model for humanities texts.â Not only does he rightly seek to relate the reading of the Bible to other texts in the humanities, but also underlines the fundamental importance which the Bible has had in its contribution to hermeneutics. Historical contextuality, and the way which texts are a means of self-reflection, have been part and parcel of engagement with the Bible down the centuries and are all too easily ignored in modern biblical scholarship.â
âChristopher Rowland, University of Oxford

âThis is a brilliant new book by one of the worldâs most accomplished scholars in the area of literature and theology. Offering a lucid and compelling account of the nature of revelation, Franke reads a range of biblical texts in ways that are simultaneously thought-provoking, illuminating, readable, and constructive. A Theology of Literature is a wonderful achievement, and certainly worth reading.â
âMark Knight, Lancaster University

âWilliam Franke views the Bible with a fresh eye. He has the scholarâs learning, the theologianâs quest for revelation, and the poetâs understanding of where language can take us. He writes with extraordinary clarity about complex issues and texts; he gives a new sense of all that the literature of the Bible has in store.â
âPeter S. Hawkins, Yale Divinity School

Interview with Chris Benda on A Theology of Literature: The Bible as Literature in the Tradition of the Humanities

Kevin Dunn, Journal of the American Academy of Religion (2018):

“Frankeâs declared audience is, in fact, âmore diversified â¦ including confessional readerships beyond the walls of the academyâ (ix). His manifesto, therefore, has the welcome goal of introducing to such an audience a more critical way of approaching the Bible that is still ultimately affirming of faith, allowing for a refreshed practice that connects the âconfessional readerâ both to the tradition and to his or her own evolving culture. . . . All said, this is quite an accomplishment.”

“This remarkable book is written within a venerable tradition of literary reading of the Bible and of reading the Bible as literature. Its immediate predecessors in the past few decades include works by James L. Kugel, Robert Alter, Frank Kermode, Meir Sternberg and others, both Jewish and Christian. And yet at the same time it has a power and a directness that are entirely new and singular.”

“Franke, a professor of comparative literature with deep theological knowledge, well known for his work on mysticism and the apophatic, reminds us that words and literary form lie at the very heart of religious revelation, and, beginning with Genesis, he leads us through the major literary forms of the Hebrew Bible up to the New Testament and the gospels.”

“William Frankeâs book, however, comes as a learned, lively and intelligent reminder that when we begin again in the study of the Bible it must be with a literary sensitivity and a theological imagination that recognizes in ever-fresh ways the literary and poetic heart of faith as it arises from the life of words and language. The poet Samuel Taylor Coleridge once wrote memorably of the âliving educts of the Imaginationâ in Scriptures, and here, for our own time, we are reintroduced to them in this lucid and articulate book that finds theology to be inherent in the biblical text and its textures rather than something outside and imposed upon it. This is a profoundly important book for anyone in the humanities and for general readers, as well as theologians, liturgists and biblical critics.”

pdf of Jasper, review of Bible Book in Literature and Theology

“In the last sixty years or so, theologians and
Christian thinkers have adopted and explored liter-
ary modes and style, such as metaphors and narra-
tive. In turn, literary critics have become more
open to exploring literature in the context of theo-
logical traditions and for interpreting poetic lan-
guage theologically. Several scholarly publications
have appeared that discuss in theoretical terms the
relationship between literature and theology. We
are still looking, however, for a balanced, unpreju-
diced and impartial way forward that does not sub-
ordinate literature to theology or vice versa. Franke
goes to the heart of the issue here. Eschewing mili-
tant secularism on the one hand and religious fun-
damentalism on the other, this volume marks out a
space where the literary and the theological interact
and challenge one another on equal footing. The
Bible is an exemplary text for illustrating this âthe-
ology of literatureâ.
Â Â Â Â  In our âpost-secular ageâ, Franke observes, secu-
lar literature is frequently said to reveal a poten-
tially sacred meaning. Here he explores a converse
possibility, namely, the potential of literary art in
texts traditionally viewed as the sacred Word. His
reading of the Bible as literature is not, as practised
in rhetorical criticism, an exercise in identifying lit-
erary devices or registers within a predetermined
theological framework; it is rather an attempt to
read it solely on the basis of its merits as literature.
His aim is to lead his readers to appreciate how the
ârevelatory powersâ inherent in the Bibleâs literary
forms outline its religious matter and âdetermineâ,
in his words, âthe sense of its theologyâ. In this
way revelation can be understood as a poetic no
less than a religious category. . . .”
See complete review PDF – Francesca Knox review of A Theology of Literature
or online at Wilely Online Library
Â ********
Amazon book page
Goodreads reviews

May 26, 2019C.N.Â rated itÂ it was amazing
Excellent! Especially the sections on Ecclesiastes and the book of Job. Viewing the Gospels through the lens of the humanities is also good. Franke deems the Bible as the highest form of inspired literature.