In the late 1980s, Kimberlé Crenshaw published a series of articles that would become the foundation of a new way of talking about and understanding discrimination for socially marginalized peoples. She reviewed a number of legal cases in which it became apparent that black women were being doubly discriminated against on the ground of being both black and female. She found, however, that because there was no easy structure or way of talking about the way these factors interacted and compounded black women’s suffering, they were simply being ignored.

Crenshaw’s answer to the issue was to turn an easy analogy: 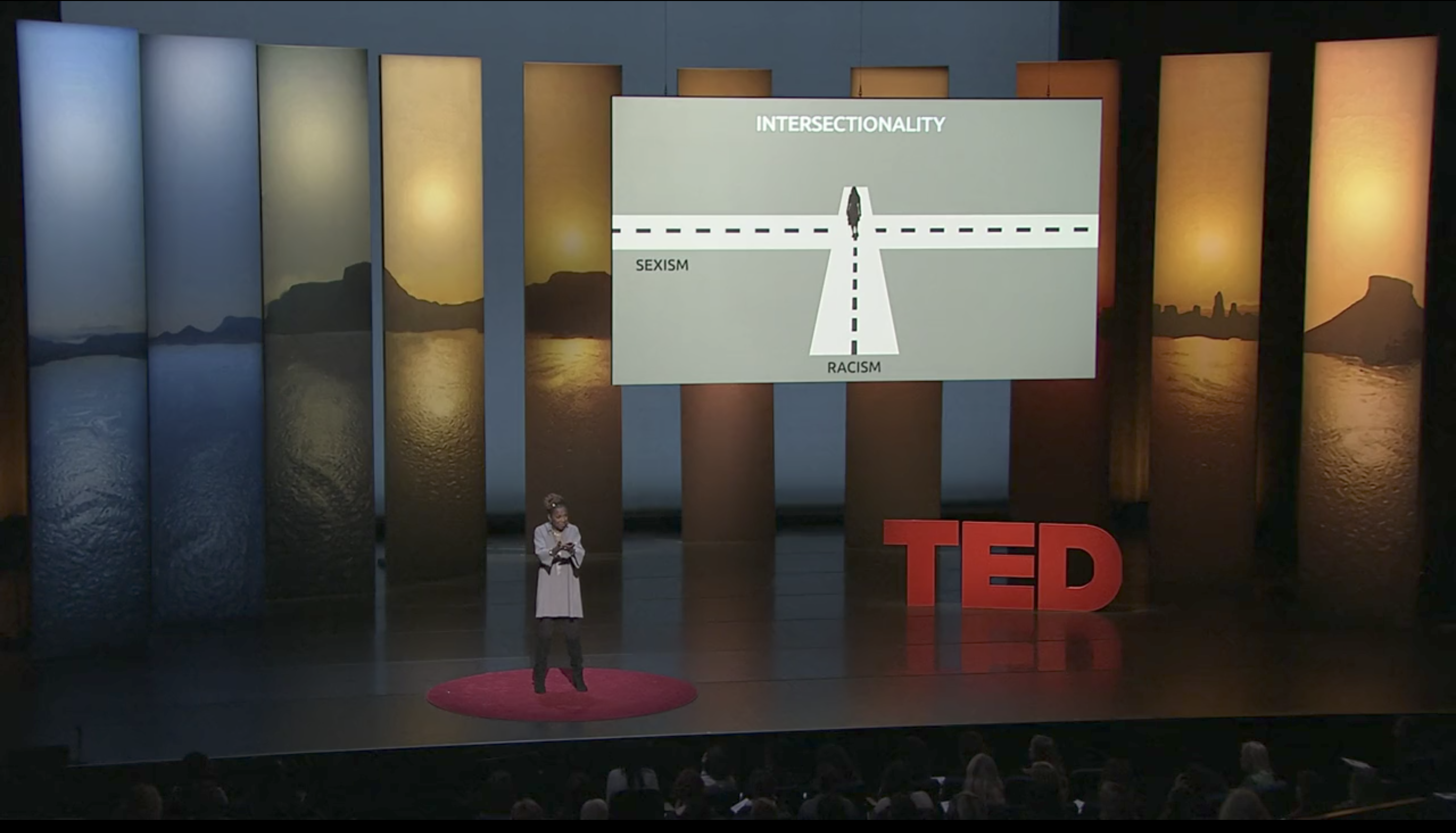 She described the way a black woman standing at the intersection of sexism and racism could not be helped at the time, legally or socially, because they were standing in a blind spot: in the specific legal case that inspired Crenshaw, there were in fact women being hired at the company – though they were white. And there were African Americans being hired, as well – but they were men. The black women, Crenshaw illustrates, faced two lanes of discrimination, sexism and racism, but were rarely helped in either situation. Thus she coined intersectionality, the notion that multiple social forces simultaneously impact marginalized groups in ways that are more complex than previous structures could elucidate. 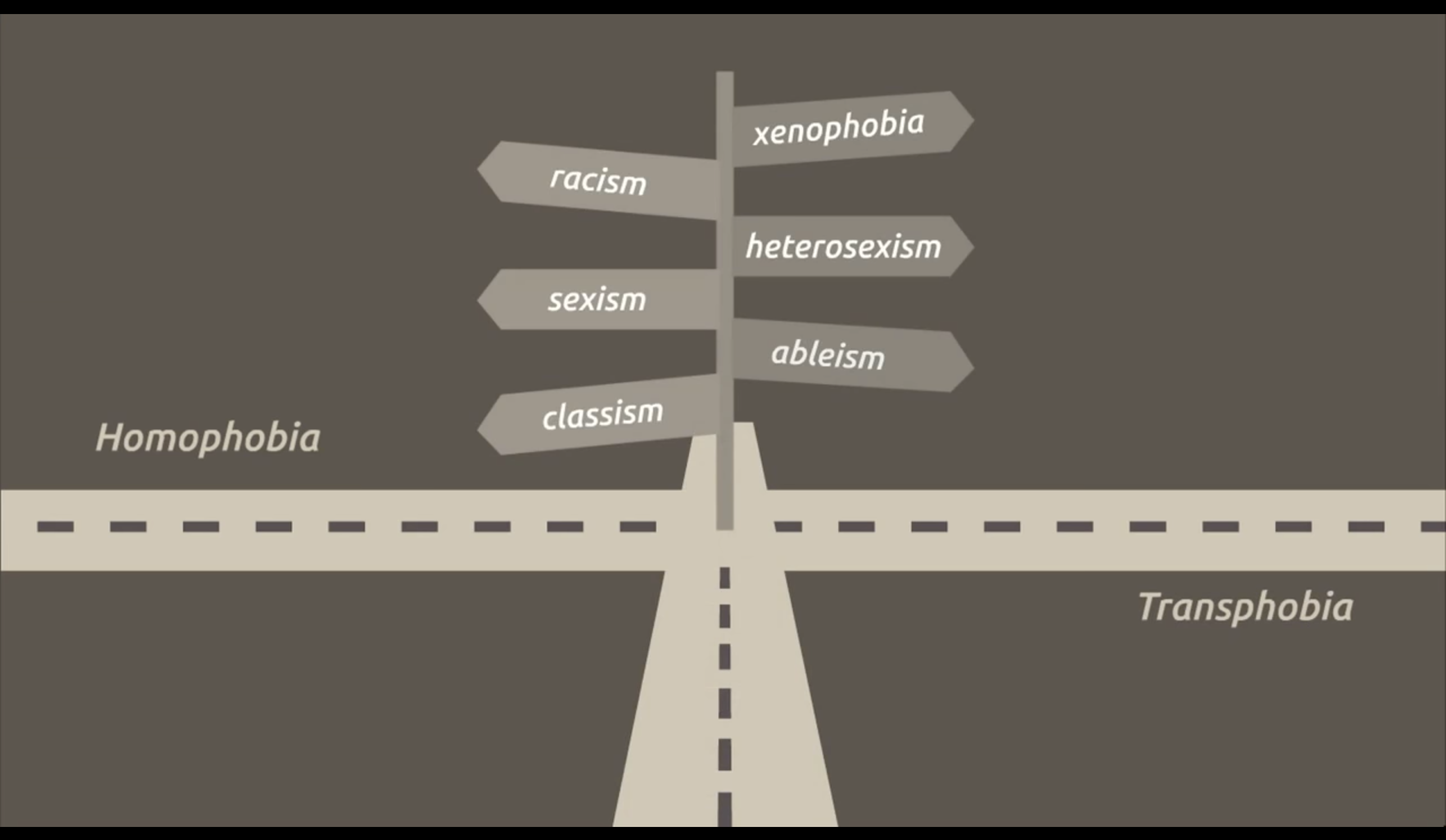 Crenshaw has written and spoken publicly on intersectionality since she first developed the discourse on it in the 1980s, and as a framework it can help us better understand some of the narratives written within the margins of German literature. Because of the way Germany as a nation developed, a matter far too complicated to go into here in depth, it remained a fairly culturally homogenous state until the twentieth century. While now a diverse country with an especially large Turkish population, this wasn’t always the case and looking at issues of discrimination through an intersectional lens is especially useful in Germany.

The issues faced by Turkish women in Germany, be they first, second or third generation, are similar to the issues black women in America face, for example. Not only are there issues regarding racism, but sexism as well, which Emine Sevgi Özdamar explores at least in part in the short story “Karriere einer Putzfrau: Erinnerungen and Deutschland” from Mutterzunge. Yet even this instance of intersectionality is almost immediately further complicated, as issues of class arise when the narrator’s husband comes to regret his wife’s lower standing as their marriage progresses. This is a common problem many face upon immigrating to Germany and is often reflected in marginalized literature: because of the language barrier, many who migrate are forced to accept lower-paying jobs than the positions they had previously held. Karim, the protagonist in Ohrfeige, for example, excelled in school and had good prospects in his native Baghdad, but once he moves to Germany the only position he can find is sorting trash, much like Özdamer’s protagonist could only find custodial work.

Another complicating factor is anti-semitism, which could have a page all of its own, but can also intersect with sexism in interesting ways. Just briefly, Recha, for example, the female protagonist of Brigitte Reimann’s 1961 novel Ankunft im Alltag, must not only face being one of the only female factory workers, but is routinely called “Halbjudin.” In her collection of short stories Roman von einem Kinde, Barbara Honigmann reflects on her Jewish heritage and her relationship to Gershom Scholem.

But perhaps the issue which is almost always present and makes Crenshaw’s theory of intersectionality so prudent to German marginality is that racism is so rarely ‘just’ racism but is also joined by xenophobia. The figures in Broken German are not just discriminated against because of the color of their skin but because of their foreign roots; the two issues are often conflated but should be treated for the separate discriminatory factors they are. The stories and poems in Afro Shop, for example], thematize not just what it’s like to be black in Germany, but to be of a culture which is not welcomed or understood either.

In a short story from Rafik Schami’s collection Eine deutsche Leidenschaft namens Nudelsalat, told through a series of emails from a Syrian prisoner in Germany, Schami brings things perfectly to a point. A guard tells the prisoner that he is going to get a new cell mate from the Sudan, and tells him “Freuen Sie sie sich doch über einen Landsmann,” but when he explains that he is Syrian, the guard just replies: “‘Na und?’ hat er gelacht. ‘Das ist doch das Gleiche”(148). Because the multi-kulti debate is so relatively new in Germany, even if it has now been going on for decades, instances of racial discrimination are almost always accompanied by moments of xenophobia and a general ignorance of other cultures. To be clear, this is not a claim that German society as a whole is racist or xenophobic, but that rather where racism occurs, xenophobia typically follows. Though these issues are related, it is important to treat them separately to see the ways in which they can compound already existing social issues, the framework for which is provided to us by Kimberlé Crenshaw’s model of intersectionality.