As of February 2022 I am no longer working at Vanderbilt. Follow me on Twitter @danburger for the latest updates.

Watch my interview with Anderson Cooper on 60 Minutes! 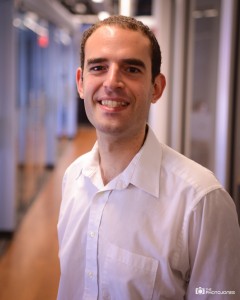 I develop web and mobile solutions for research groups at Vanderbilt in a wide variety of fields. Originally starting in astrophysics in 2010 under the supervision of Keivan Stassun, my work now covers astrophysics, high-performance computing, career placement for individuals with autism, and K-12 education.

My biggest project so far is Filtergraph (http://filtergraph.com), a free web service that allows anyone to create visualization portals by uploading data. I developed Filtergraph as part of my master’s thesis project at Vanderbilt, and today it is used by over a thousand data professionals worldwide. Filtergraph has numerous applications both in and out of astronomy: it was used to develop NASA’s recently launched TESS satellite as well as to discover the very hot exoplanet KELT-9 and the relationship between the flickering of a star and the amount of gravity on its surface. Outside of astronomy, it has been used by researchers analyzing soil in Bangladesh and journalists looking to understand the growth of short-term rentals in Nashville. Filtergraph is now a part of the Frist Center for Autism and Innovation; our hope is that it will be used to understand the visual skills and talents of people on the autistic spectrum.

My other projects in astronomy include the AAVSO Target Tool, the Hypatia Catalog, and a web-based voting system for the Kilodegree Extremely Little Telescope. My work expanded to non-astronomy projects starting in 2017, which now includes managing the website for Vanderbilt’s high-performance computing center, designing an app to test the capabilities of visually talented individuals on the autism spectrum, and building a website that allows teachers to browse curriculum information. Additionally, I have supervised and mentored many undergraduates since I started working at Vanderbilt.

Prior to my career at Vanderbilt, I developed software at NASA Goddard Space Flight Center in Maryland to test an instrument that can be used to determine the composition of objects in space. During my time at NASA, I participated in the Lunar and Planetary Science Academy where I studied the rocks of the Racetrack Playa in Death Valley, CA.