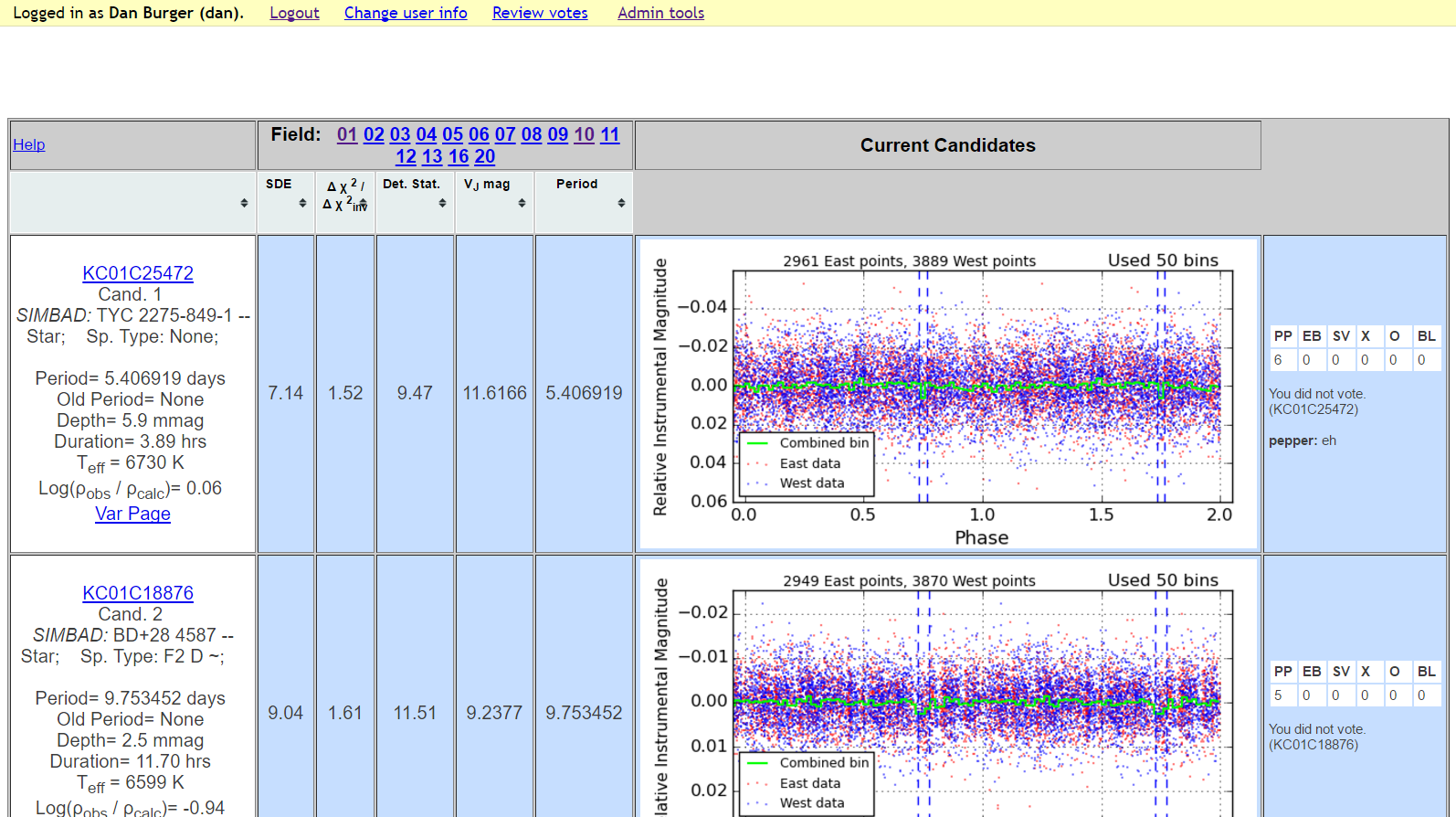 The Kilodegree Extremely Little Telescope (KELT) is a multi-university collaboration designed to look for exoplanets. There are two telescopes in the KELT system: KELT-North, which is located in Arizona and operated by The Ohio State University, and KELT-South, which is located in South Africa and operated by Vanderbilt. Various other organizations are involved as well, including Lehigh University, where the lead investigator of the project is based.

My role in the project was to build a voting system that allows members of the KELT collaboration to sort through data on the thousands of stars that are being observed and place a vote on which stars contain exoplanets. After these votes are cast during a specified time period, the stars that receive the most votes are given further discussion and analysis.

The voting system remains in use today and I continue to maintain the project.

Access to this page is restricted to members of the KELT project.