The following are recommendations resulting from the meeting, taken from a memo distributed to the design team.

Michael Zhou has made progress on a microfluidic phantom model for device function diagnostics and for later proof of concept. Images are appended of the phantom being perfused with red dye. He is in deliberation with Dr. Kevin Seale about borrowing a microfluidic pump to quantify flow through the phantom.

James Tatum has made progress on the laboratory based system mounting and acquisition of appropriate lenses for speckling. He is currently considering a means of collumnating the light path to provide steady speckling at variable optical ranges.

The focus remains on laboratory level implementation of technology such that clinical designs and proposals for funding may be undertaken. 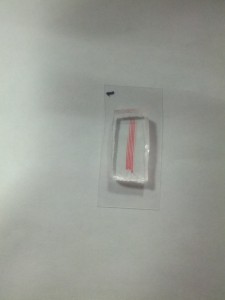