We are developing a hand and arm exoskeleton to facilitate bimanual tasks for individuals with upper-extremity hemiparesis. The roles of each hand in a many bimanual tasks are quite different; specifically, one hand general performs an action, while the other hand provides a support function (e.g., twisting the lid off of a jar). The “action” hand generally requires power, dexterity, and volitional control, while the “support” hand must simply grasp and release, but otherwise requires resistance to movement, rather than movement. In order to provide this support functionality, we have developed a hand and arm exoskeleton, where the hand portion provides a single-DOF grasp and release function, and the arm portion provides reconfigurable normally-locked write and elbow support. Both wrist and elbow joints are unlocked with a momentary switch at the wrist, so that a user can use his or her unaffected arm to reposition the affected arm, after which it remains in place. The hand exoskeleton is commanded to grasp or release with a momentary switch, which has a small delay programmed into it so that a user can hand him or herself an object (e.g., such as a jar). A recent paper highlights the functional benefits of this device to prospective patients. 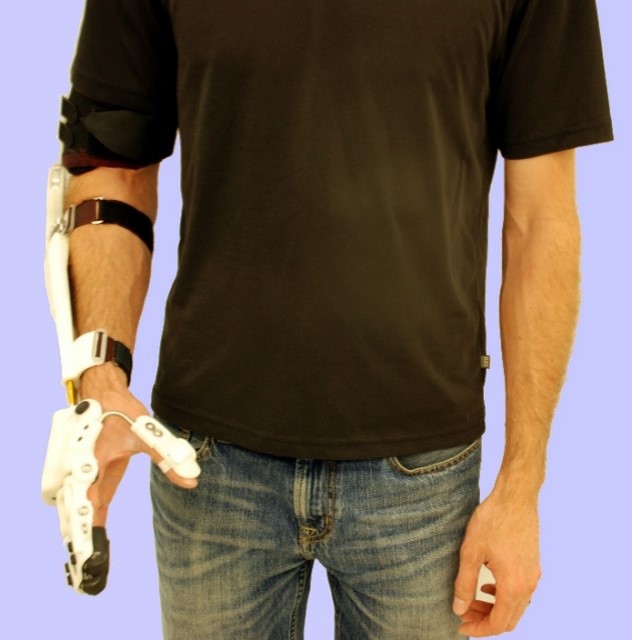 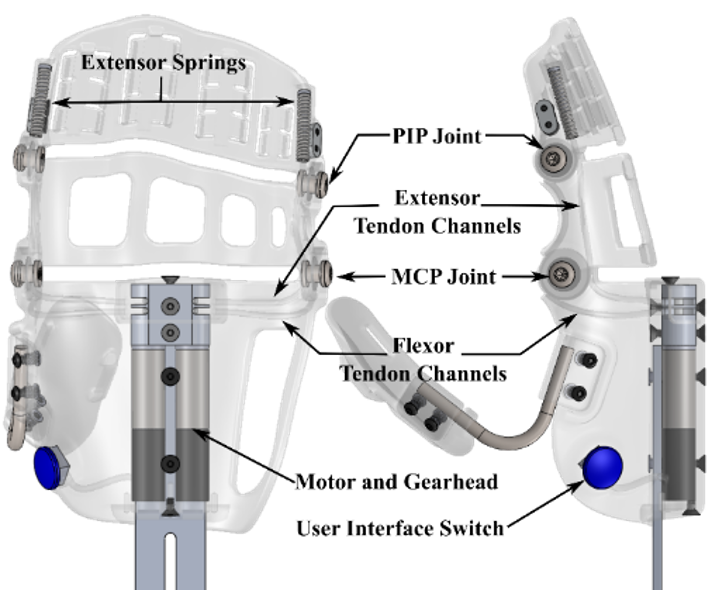 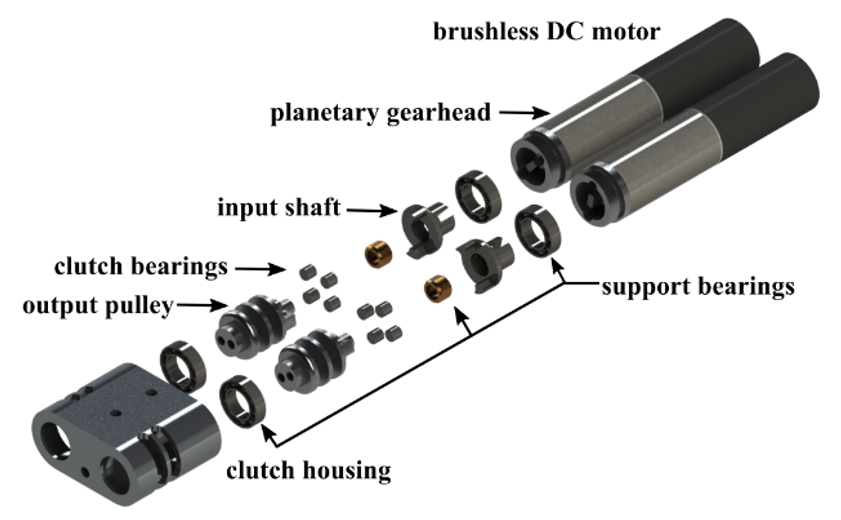 Arm exo seated bottle opening (with and without exoskeleton)

Arm exo bread cutting (with and without exoskeleton)