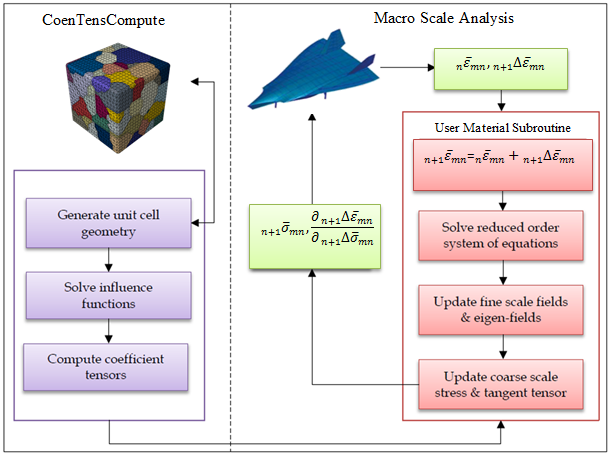 Eigendeformation-based reduced order modeling (EROM) will be employed. Target model order reduction is three orders of magnitude. (i.e., from O(5-7) to O(2-4)) degrees of freedom.
A hierarchical sequence of reduced order models with varying fidelity is generated. The computational complexity of the lowest fidelity model is similar to the viscoplastic self consistent formulation. The most comprehensive model coincides with the CPFE model.
Currently implementing the EROM approach for small strain condition.

Eigenstrain of each part is calculated from reduced order system equations.

The EROM formulation will be extended to large deformations. 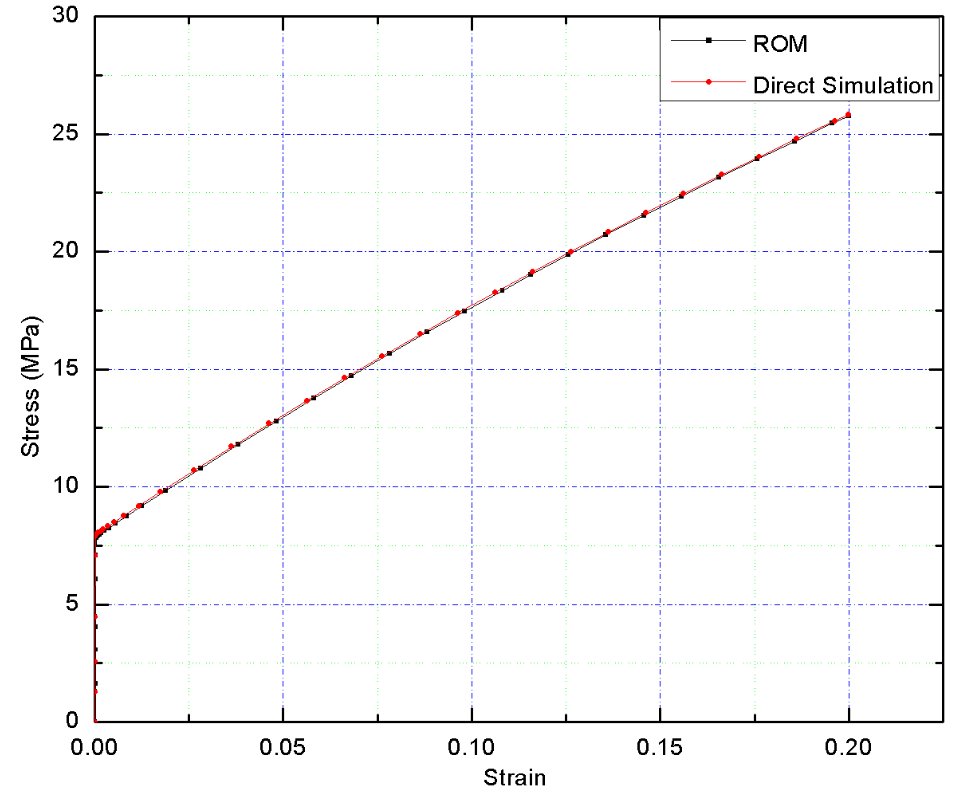