Posted by kelnersj on Wednesday, April 23, 2014 in Articles, Chapters, Research. 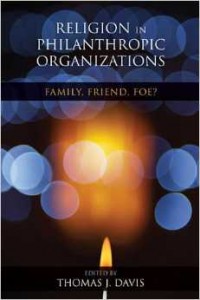 In this chapter, I consider Jewish philanthropic federations, and their ambivalent relationship to Jewish religion from the 19th century to the present. I attempt to show that much of this ambivalence stems from the fact that these philanthropic institutions understand themselves not only to be agents of voluntary action for the public good but also agents of Jewish communal governance. As the federations have come to understand themselves as taking on state-like functions for the American Jewish community, American notions of âchurch-state separationâ have led to ongoing debates about the proper role, if any, of Jewish religion within this philanthropic system.

The chapter focuses on three moments in the Federation system’s history: the original move toward federated philanthropy a century ago, the utilization of ritual in the Soviet Jewry movement in the 1960s, in the efforts of the 1990s to redefine the relationship between federations and synagogues.