Convergent individual differences in visual cortices, but not the amygdala across standard amygdalar fMRI probe tasks

Posted by Bennett Landman on Monday, November 14, 2016 in Neuroimaging, Reproducability.

The amygdala (AMG) has been repeatedly implicated in the processing of threatening and negatively valenced stimuli and multiple fMRI paradigms have reported personality, genetic, and psychopathological associations with individual differences in AMG activation in these paradigms. Yet the interchangeability of activations in these probes has not been established, thus it remains unclear if we can interpret AMG responses on specific tasks as general markers of its reactivity. In this study we aimed to assess if different tasks that have been widely used within the Affective Neuroscience literature consistently recruit the AMG.

Method: Thirty-two young healthy subjects completed four fMRI tasks that have all been previously shown to probe the AMG during processing of threatening stimuli: the Threat Face Matching (TFM), the Cued Aversive Picture (CAP), the Aversive and Erotica Pictures (AEP) and the Screaming Lady paradigm (SLp) tasks. Contrasts testing response to aversive stimuli relative to baseline or neutral stimuli were generated and correlations between activations in the AMG were calculated across tasks were performed for ROIs of the AMG.

Results: The TFM, CAP and AEP, but not the SLp, successfully recruit the AMG, among other brain regions, especially when contrasts were against baseline or nonsocial stimuli. 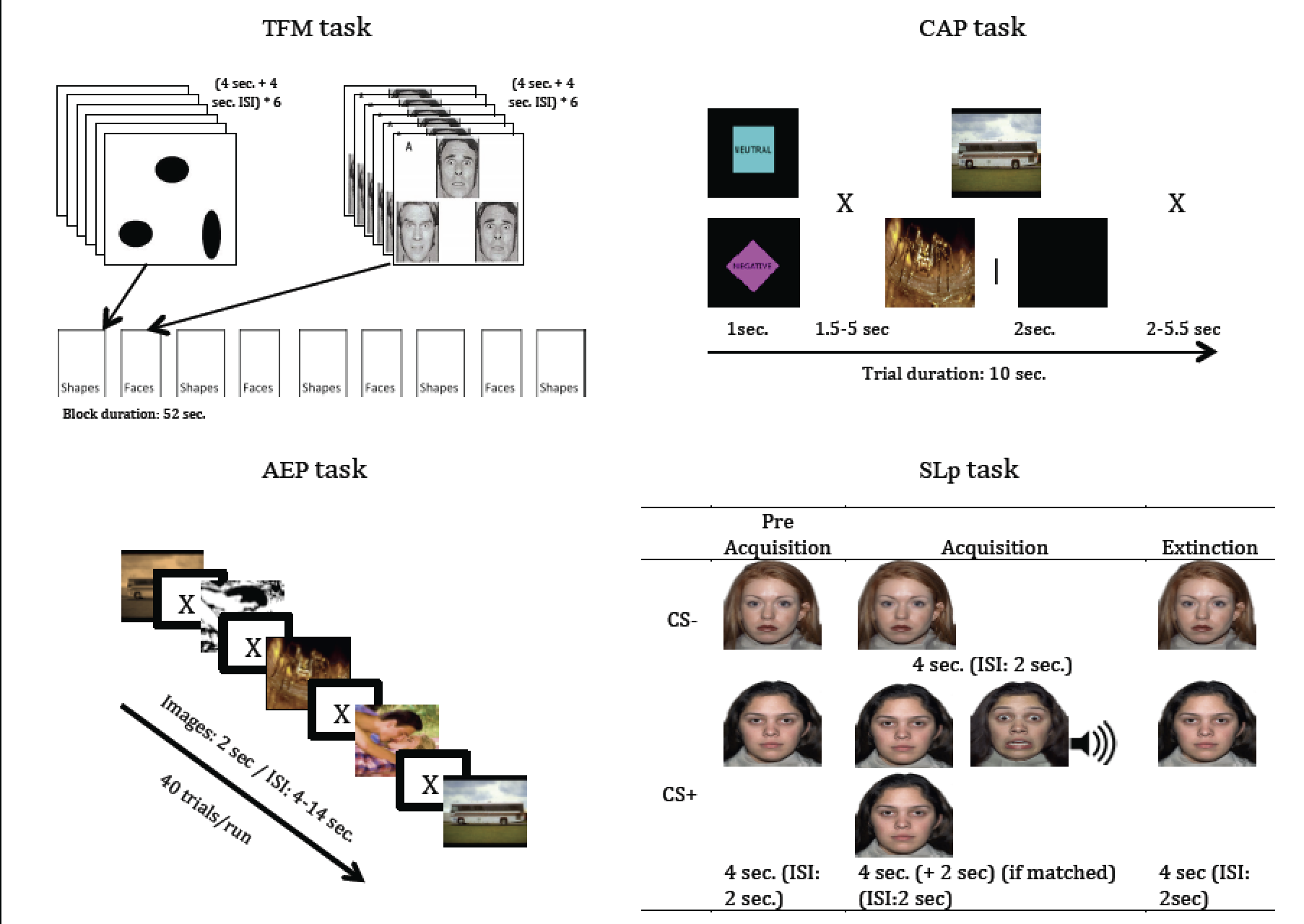 Schematized figure of the tasks performed in the MR Scan.