Sulcal depth is an important marker of brain anatomy in neuroscience/neurological function. Previously, sulcal depth has been explored at the region-of-interest (ROI) level to increase statistical sensitivity to group differences. In this paper, we present a fully automated method that enables inferences of ROI properties from a sulcal region-focused perspective consisting of two main components: 1) sulcal depth computation and 2) sulcal curve-based refined ROIs. In conventional statistical analysis, the average sulcal depth measurements are employed in several ROIs of the cortical surface. However, taking the average sulcal depth over the full ROI blurs overall sulcal depth measurements, which may result in reduced sensitivity to detect sulcal depth changes in neurological and psychiatric disorders. To overcome such a blurring effect, we focus on sulcal fundic regions in each ROI by filtering out gyral regions. Consequently, the proposed method is more sensitive to group differences than a traditional ROI approach. In the experiment, we focused on a cortical morphological analysis of sulcal depth reduction in schizophrenia with a comparison to a normal healthy control group. We show that the proposed method is more sensitivity to abnormalities of sulcal depth in schizophrenia, and sulcal depth is significantly smaller in most cortical lobes in schizophrenia compared to healthy controls (p<0.05). 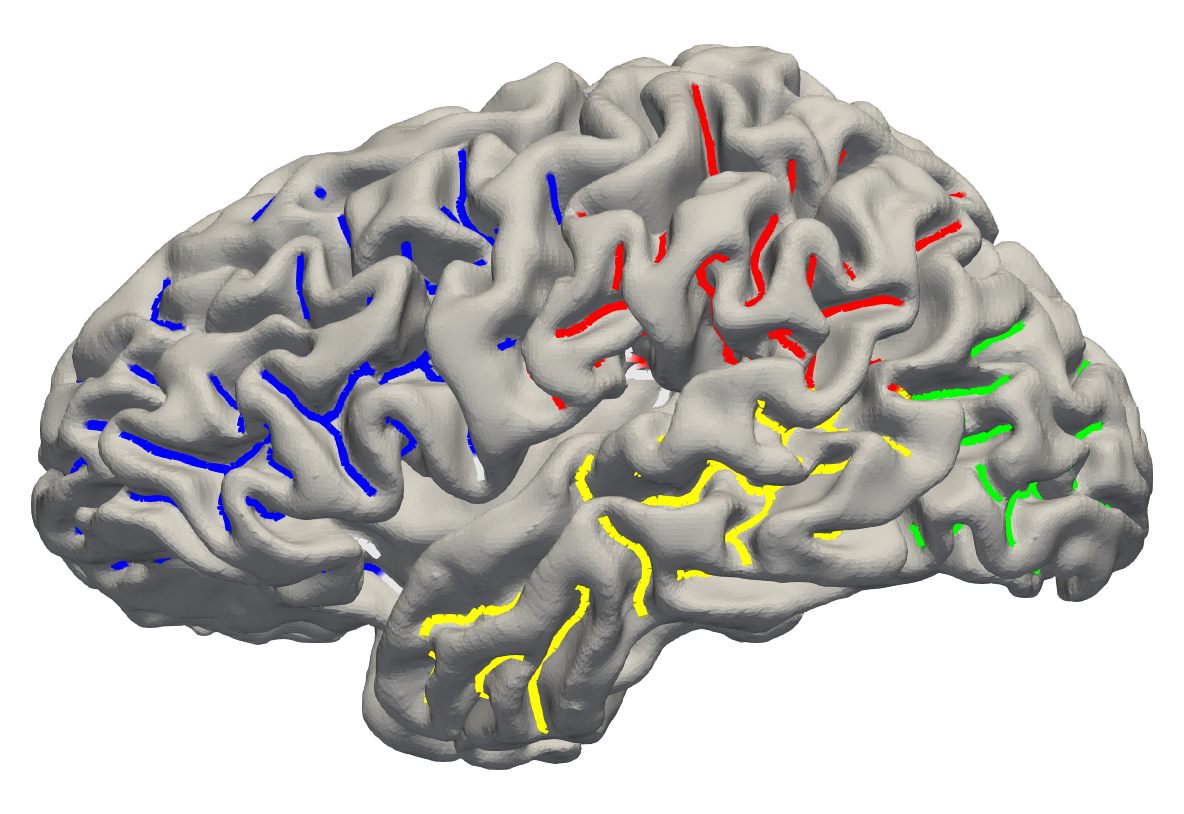