A proper geometric representation of the cortical regions is a fundamental task for cortical shape analysis and landmark extraction. However, a significant challenge has arisen due to the highly variable, convoluted cortical folding patterns. In this paper, we propose a novel topological graph representation for automatic sulcal curve extraction (TRACE). In practice, the reconstructed surface suffers from noise influences introduced during image acquisition/surface reconstruction. In the presence of noise on the surface, TRACE determines stable sulcal fundic regions by employing the line simplification method that prevents the sulcal folding pattern from being significantly smoothed out. The sulcal curves are then traced over the connected graph in the determined regions by the Dijkstra’s shortest path algorithm. For validation, we used state-of-the-art surface reconstruction pipelines on a reproducibility dataset. The experimental results showed a higher reproducibility and robustness to noise in TRACE than the existing method (Li et al. 2010) with over 20% relative improvement in error for both surface reconstruction pipelines. In addition, the extracted sulcal curves by TRACE were well-aligned with manually delineated primary sulcal curves. We also provided a choice of parameters to control a quality of the extracted sulcal curves and showed the influences of the parameter selection on the resulting curves. 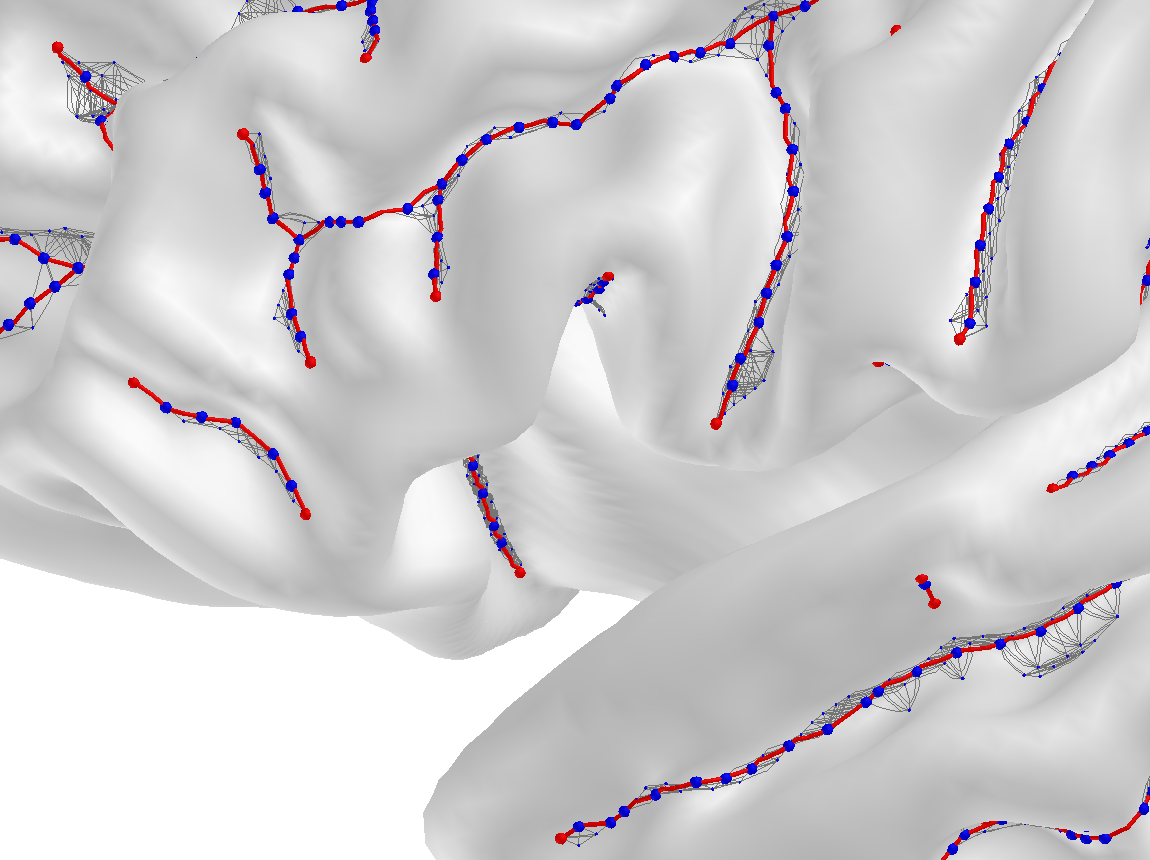